We arrived into Nicaragua under the cover of darkness. The air was cool and refreshing, and the moon was full, illuminating the road and canyon as we snaked our way through it. It was magical. Justin couldn’t help but to stand straight up on his footpegs, flip up his visor, and howl at the moon, “Ooooooooooo”. We had officially made it to our seventh country of the journey!

Not knowing where to go or what was around we simply stopped at the first illuminated building which appeared to be some sort of lodging. The staff at Sumoto Canon Tours greeted us with open arms and a delicious Pollo Asado (waking up the next morning we quickly determined that the chicken was fresh from the yard, these birds were everywhere!). Their main objective was to convince us to go on one of their canyon tours which was evident by the sales pitch we heard from dad, brother, cousin, sister, aunt, uncle, nephew, niece, dog, chicken, cat, squirrel…It was aggressive! Having just done a canyon and rafting tour on the Rio Cangrejal we had no desire to pay for another, and decided to venture in on our own.  Thankfully, we were fortunate enough to make some new friends (Germans of course) who joined us for a day of swimming, hiking, and an incredible sunset over the canyon. 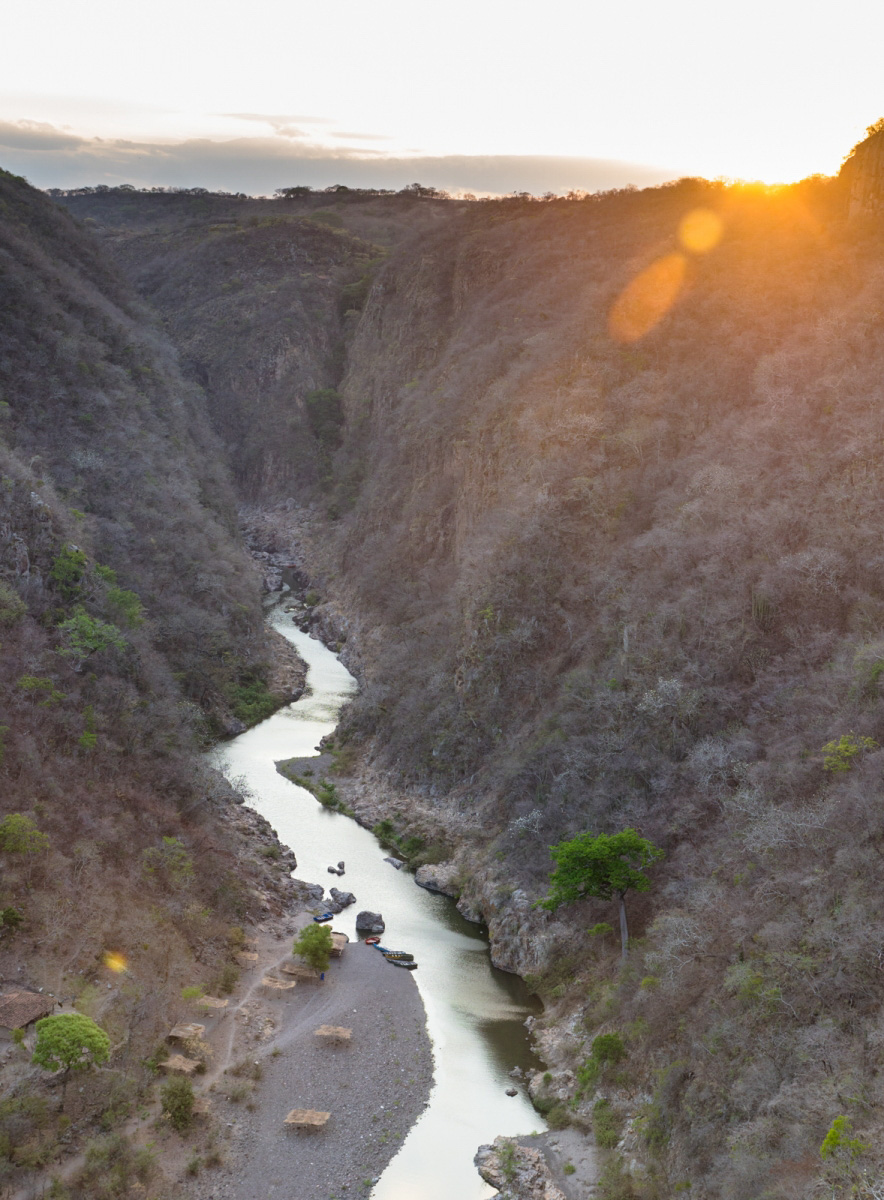 From Sumoto we headed towards Leon after a brief stop back at the border to buy motorcycle insurance. At the time of crossing we weren’t entirely sure if we needed it, nor could we actually figure out where to buy it from the bitchy lady working in Aduana.

Leon was like any of the other dozen of Spanish Colonial cities we had been to over the past few months. Quaint narrow streets, more churches (boring), artisanal craft markets (even more boring), and great street food. The main attraction, and reason for us to visit Leon was to hurl our bodies down the Cerro Negro Volcano at speeds of up to 50 KPH! We had debated about saving a few bucks and trying to drive ourselves to Cerro Negro, but we were damn glad we took a tour. The road in was full of deep volcanic rock/ash ruts bound to send one of us flying. It gave us flashbacks of the road to San Francisquito! 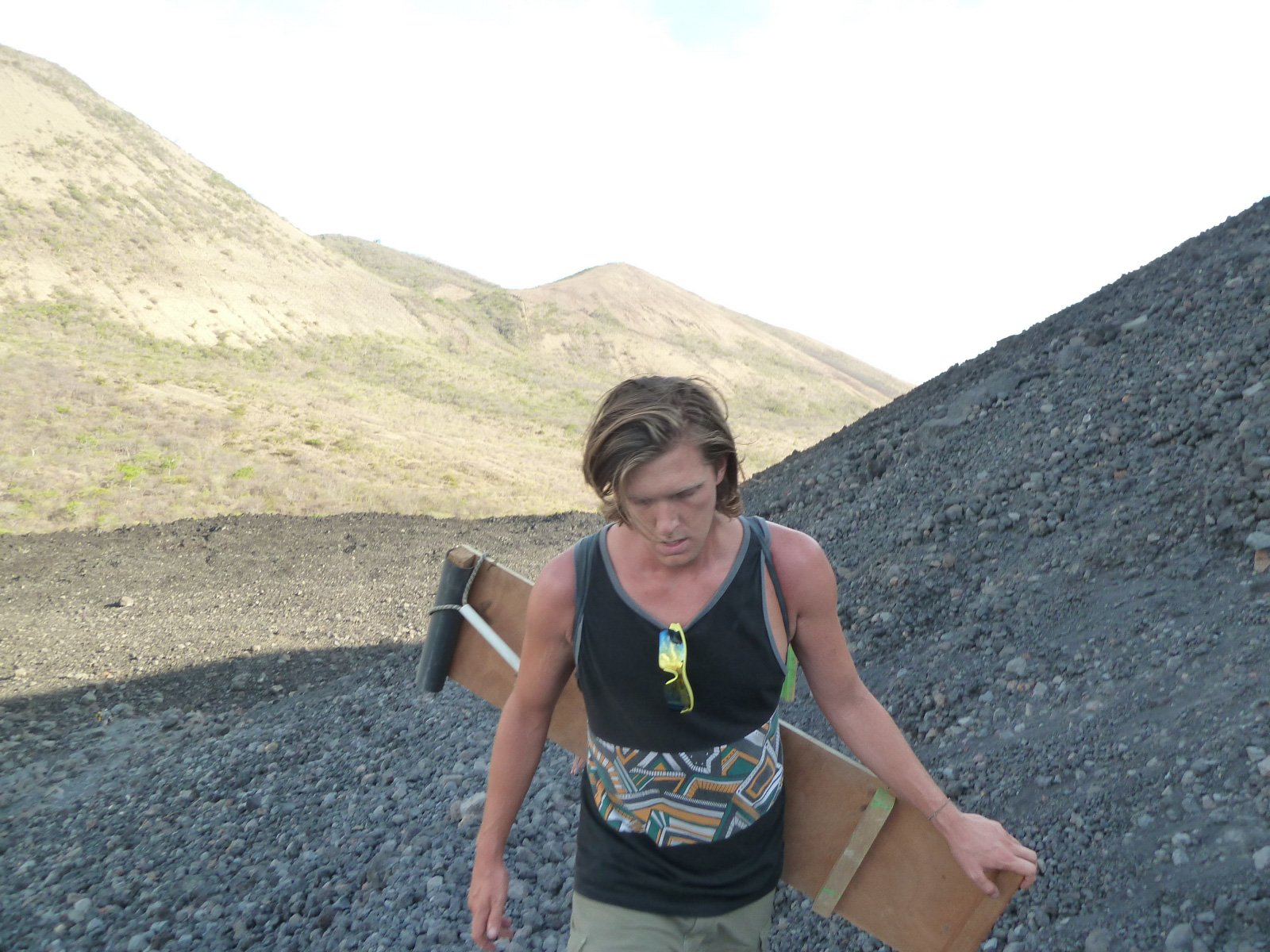 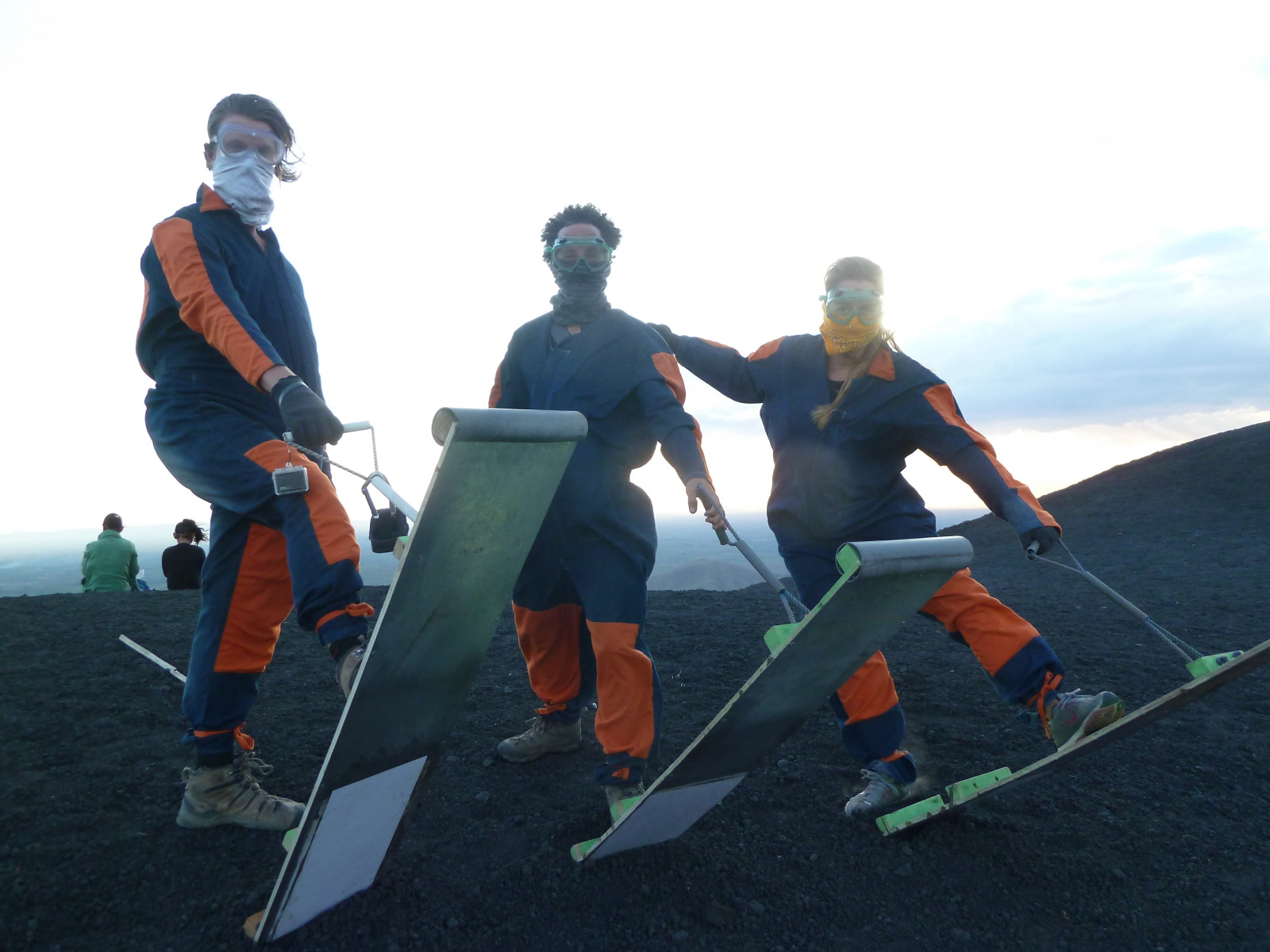 Once at the trailhead we climbed the crater rim past volcanic fishers, oozing sulfur gas and steam, to the summit. The views were incredible! We stood 500 meters high looking down the 45 degree slope with the wind nearly pushing us over. We got dressed in our full jumpsuits, gloves, bandana, and chemistry googles, and were officially ready to go volcano boarding (or to cook up a strong batch of crystal meth). We were given further instructions on how to control the volcano boards. Too much breaking on either side would send us tumbling down with a face full of volcanic rock. The best method was equal pressure and to go fast, real fast. 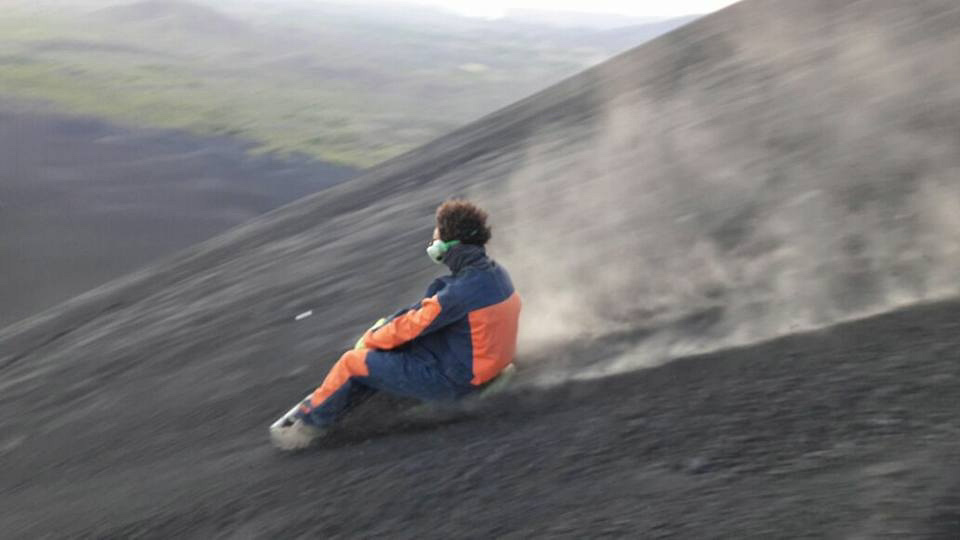 One-by-one we sent ourselves down Cerro Negro. It was a FUCKING blast! The middle section was hardpacked and lightning quick. We zoomed down the volcano into the setting sun! All any of us could think was, “Otra vez?”. Having dialed in the control and speed all we wanted to do was go again and again…Who cares about the 50 minute hike up!

Ever since we left Colorado Mitch’s family friend, Mike, had been expecting our visit in Nicaragua. To be honest we didn’t really give him a timeframe, but he assumed we would arrive around New Years or about three months in. When we didn’t show up he began to wonder what the hell happen to us. He’d wake up each day, excited, hoping he’d here the roar of La Tortuga and El Tractor coming around the corner, only to be disappointed. When we finally showed up from Leon, dirty and dusty, he was beyond excited and welcomed us with open arms, a pantry full of food, Flor de Cana, air-condition, and a pool to perfect our cannonballs in. 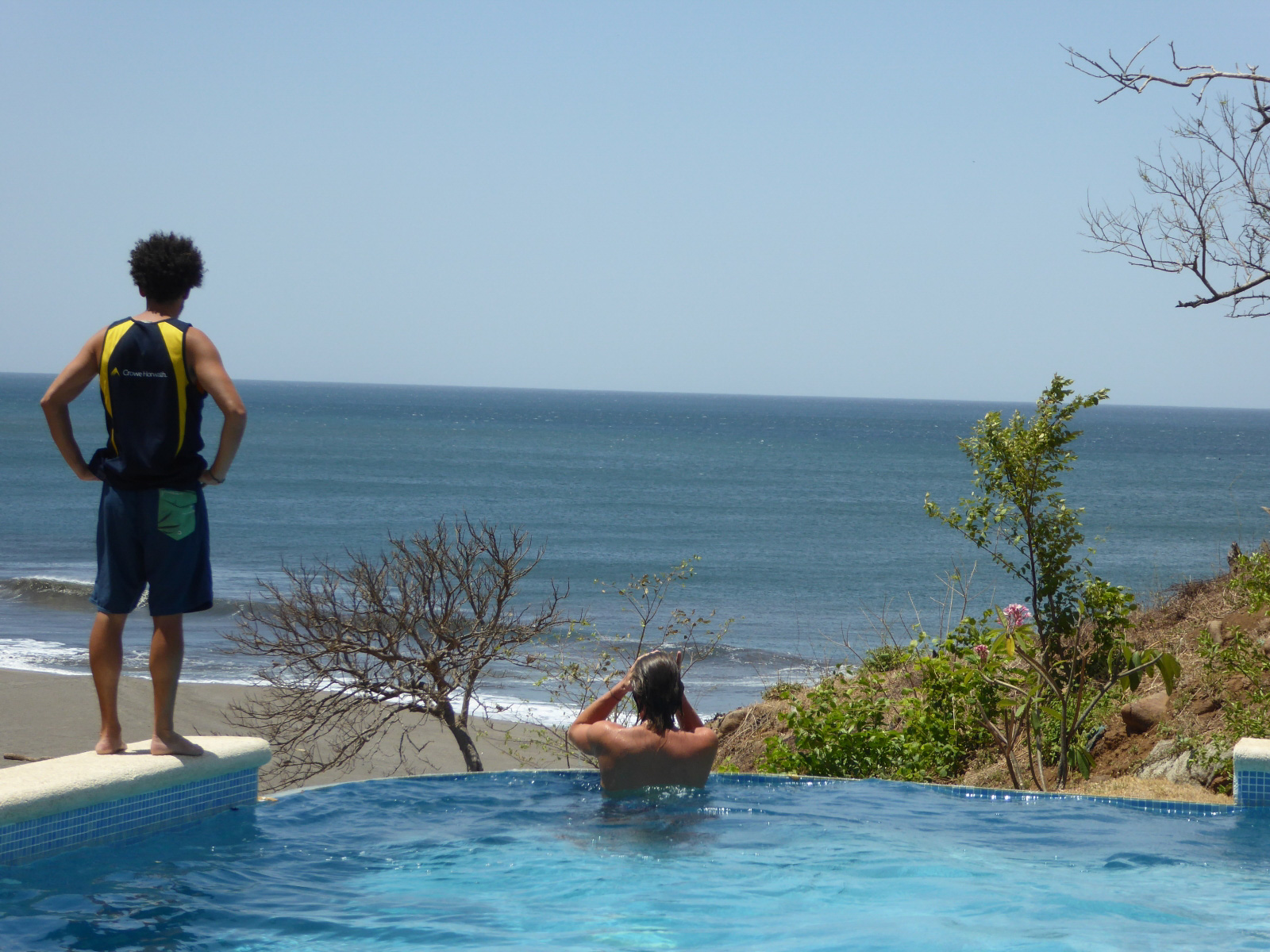 If we had spent any more time at Mike’s we might have ended up being property owners and investing in his development, Monte Cristo. It was a hard place to leave, Mike and Patty were amazing hosts! We spent a lot of our days lounging in the pool, going for surf sessions in town (El Transito), and exploring the 500-acre property. The property was to be a compound of houses, mostly investment properties, but after sour negotiations and poor developers the project has been stalled for years. The biggest let-down (for Mitch at least) was that there was supposed to be an 18-hole golf course on the property. The team pulled up to the spot where the clubhouse was to be built and shed a tear at the potential (well Mitch did). The dirt roads are mostly overgrown and only a handful of people currently actually live on-site. It was beautiful and fun to explore via motorcycle. 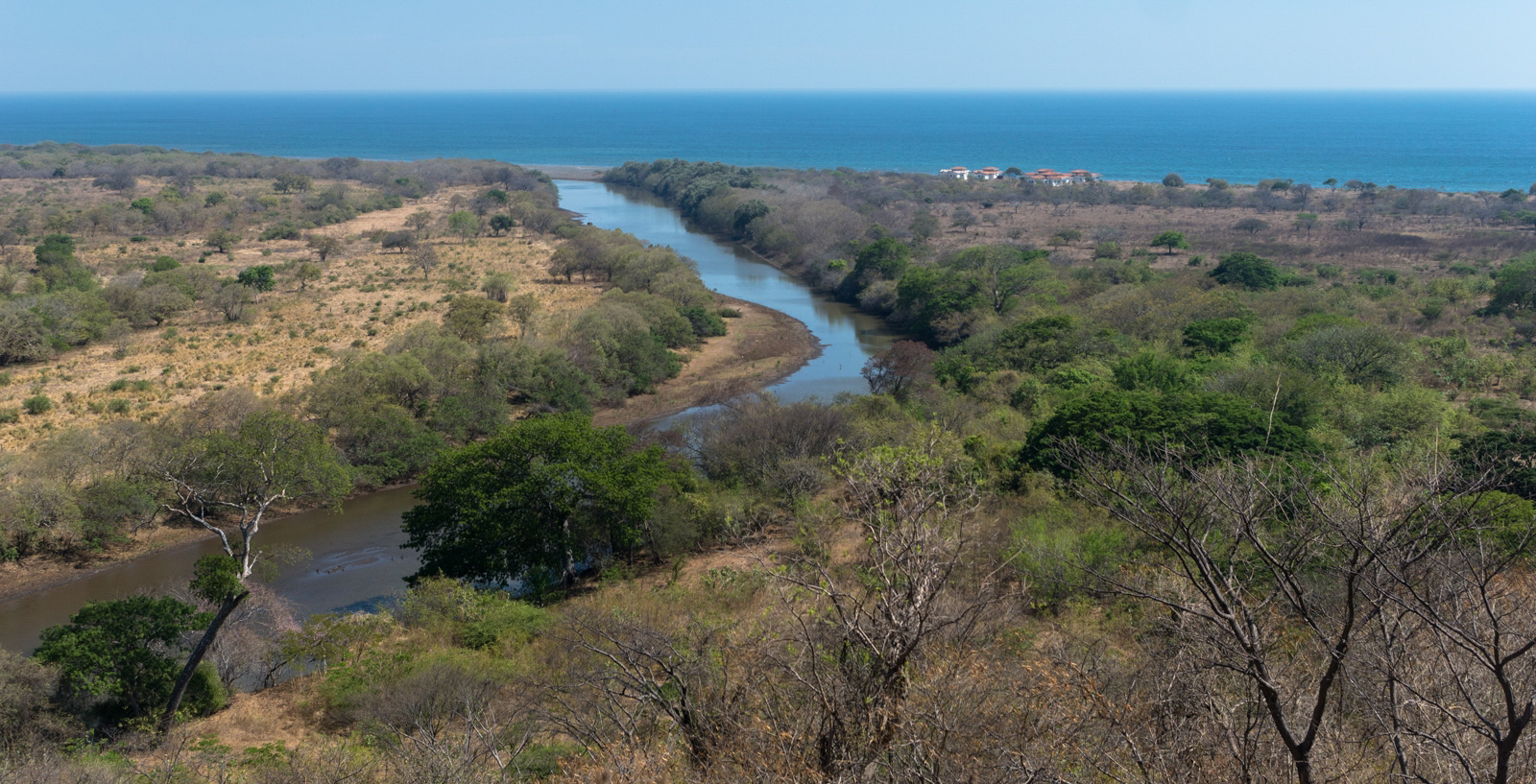 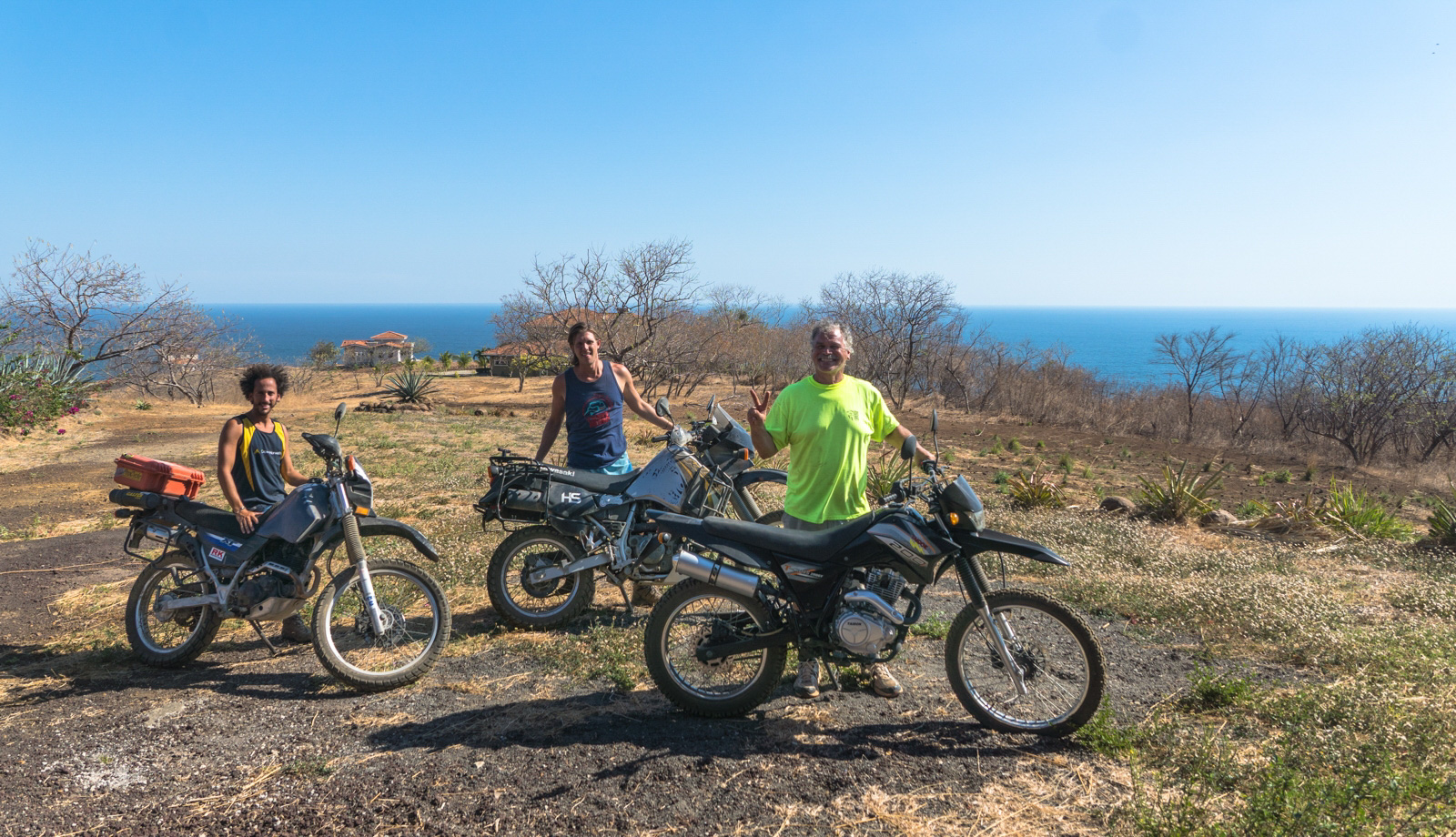 Justin’s motorcycle, La Tortgua, had been leaking oil pretty bad for months now. He’d fix one seal and it would start leaking out of another, progressively getting worse. After speaking with Mike he recommended a mechanic in town. Now Rolando, or El Gordo (the fat man) as the villagers called him, seemed like a fairly intelligent mechanic despite the fact that his shop consisted of a dirt floor, his bed, TV, and a dirty oil filled bench of tools. What exactly did Justin get himself into? With the engine out and on the bench the disassembly began. It was to be $12 in labor and a new top-end gasket set costing $28 from Yamaha in Managua. Cleaned and ready to install the new base gasket El Gordo took one look at the cylinder and said, “Esta malo!”. Fuck! There were metal score marks up and down the cylinder. This one day project had now turned into 3 trips into Managua for El Gordo (and 5 days) to pick up a new piston kit and to re-machine the cylinder. 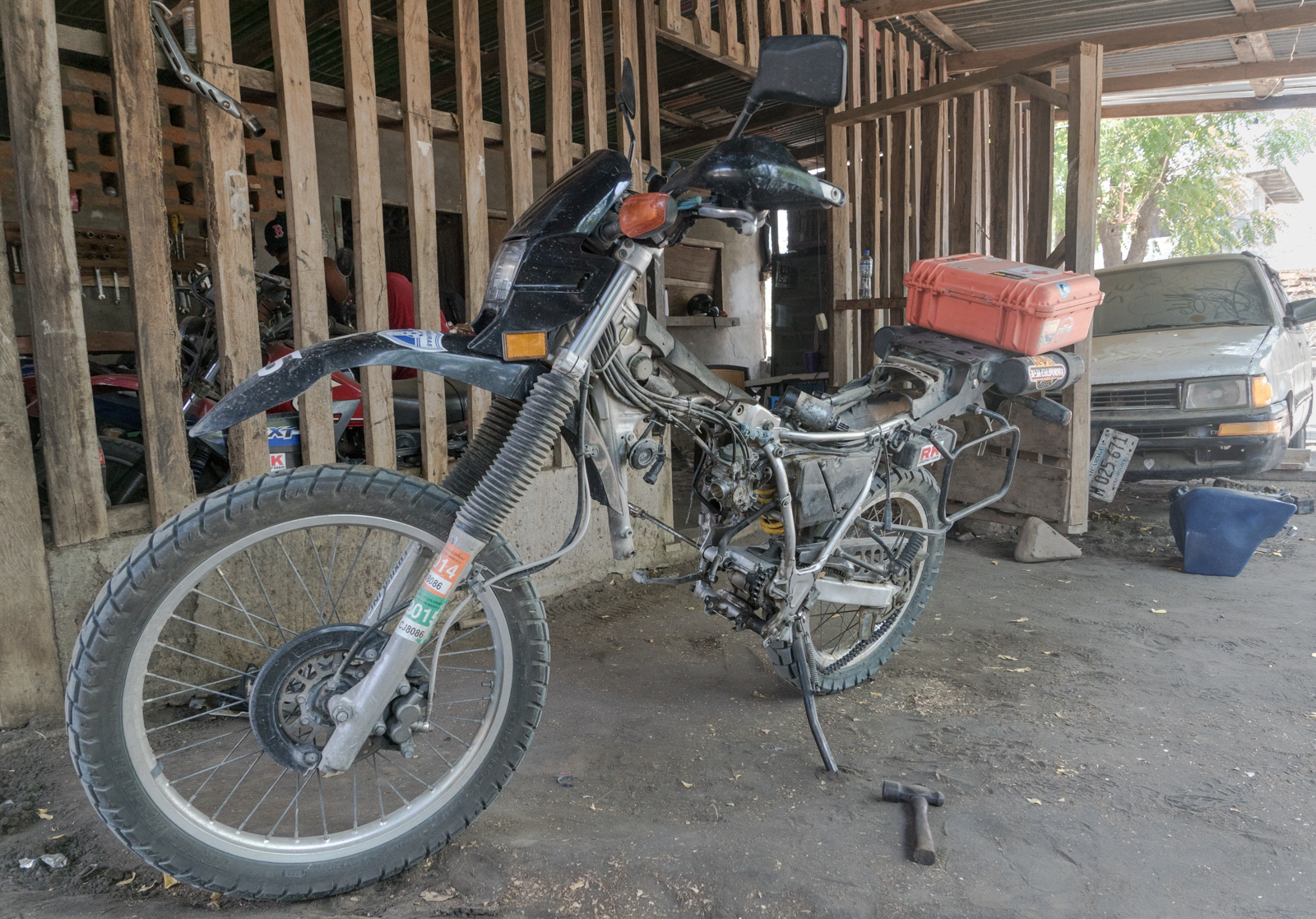 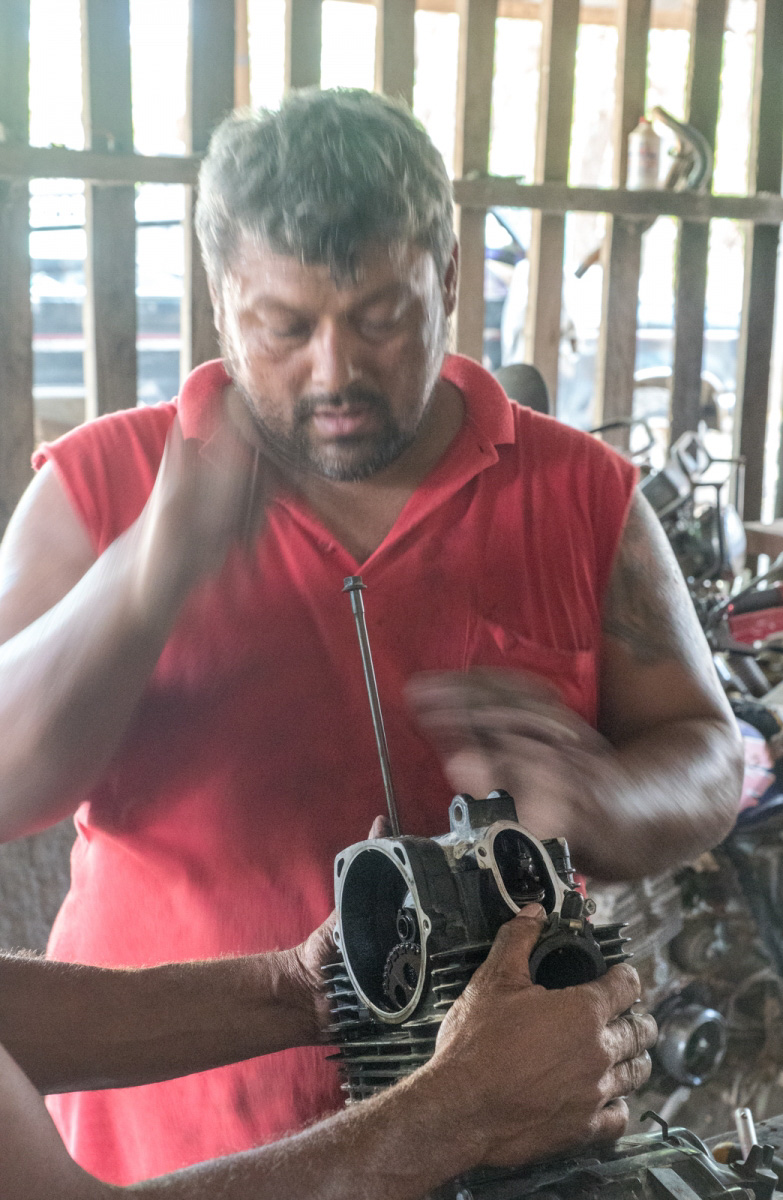 On the bright side, it required no effort on Justin’s part. Retirement continued as usual. He was still able to relax at the beach, go for surfs, and hang out with everyone. Since we were going to “get stuck” a few additional days in Monte Cristo we decided to have a party for Justin’s birthday. Thanks Mike! We slow cooked some ribs, roasted some potatoes, drank plenty of beers, and had a good old fashion pool party. Mitch and Antonia splurged and got him the best birthday present imaginable…a plate full of cheese! and if things couldn’t get any better, the motorcycle was fixed the following day! It ended up costing $30 in labor and $200 in parts/re-machining. La Tortgua was back! 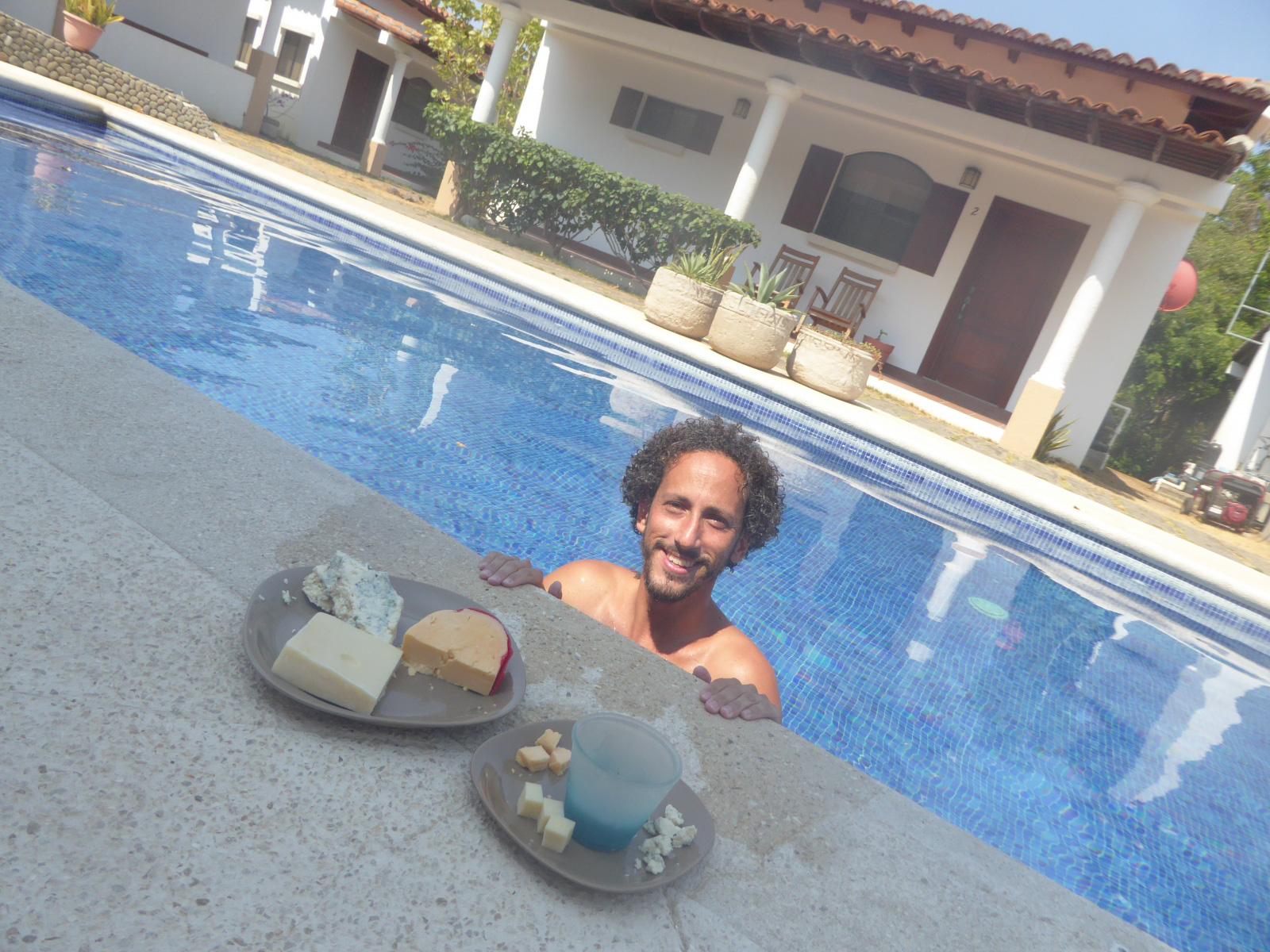 Next problem, Mitch’s battery…ever since he left the keys in the bike in El Salvador completely draining the thing, there was trouble on the horizon. Making it through Honduras and part way through Nicaragus, there was no problems. But then the Motorcycle Gods struck down with GREAT VENGENCE and said “Mitch, you better get a new battery, otherwise your friends will have to push start your ass all around Central/South America!.” Not wanting to subject ANYONE to that torture (especially in this miserable heat) it was time to take a trip to Managua in search of a new battery. Stopping at a couple places that Mike had suggested, we had no luck so we decided to dip into the mall for some lunch. Thankfully, while eating our Quiznos in the food court (a little taste of home) we were approached by some Ex-Pats. We had actually caught their attention outside the mall when they spotted Mitch pulling up in his KLR (they just so happened to ride KLR’s as well). The conversation meandered and eventually turned to batteries. We were in luck! Within three miles there was a little shop (which we would have never found without the help of these kind red-necks) that sold KLR batteries…problem solved!

Hard-pressed to leave El Transito we headed off to Grenada with a quick stop in Masaya. Antonia had met a nice local family on her previous visit. Irvin and his family graciously invited us to stay for the night. It was truly a local experience. Irvin showed us all around Masaya and in the evening we took him and his daughter up to see the Masaya Volcano, where we got to see the hot molten lava flowing. As an added bonus, we got to push start his car as it overheated on the steep drive up…adventure route! 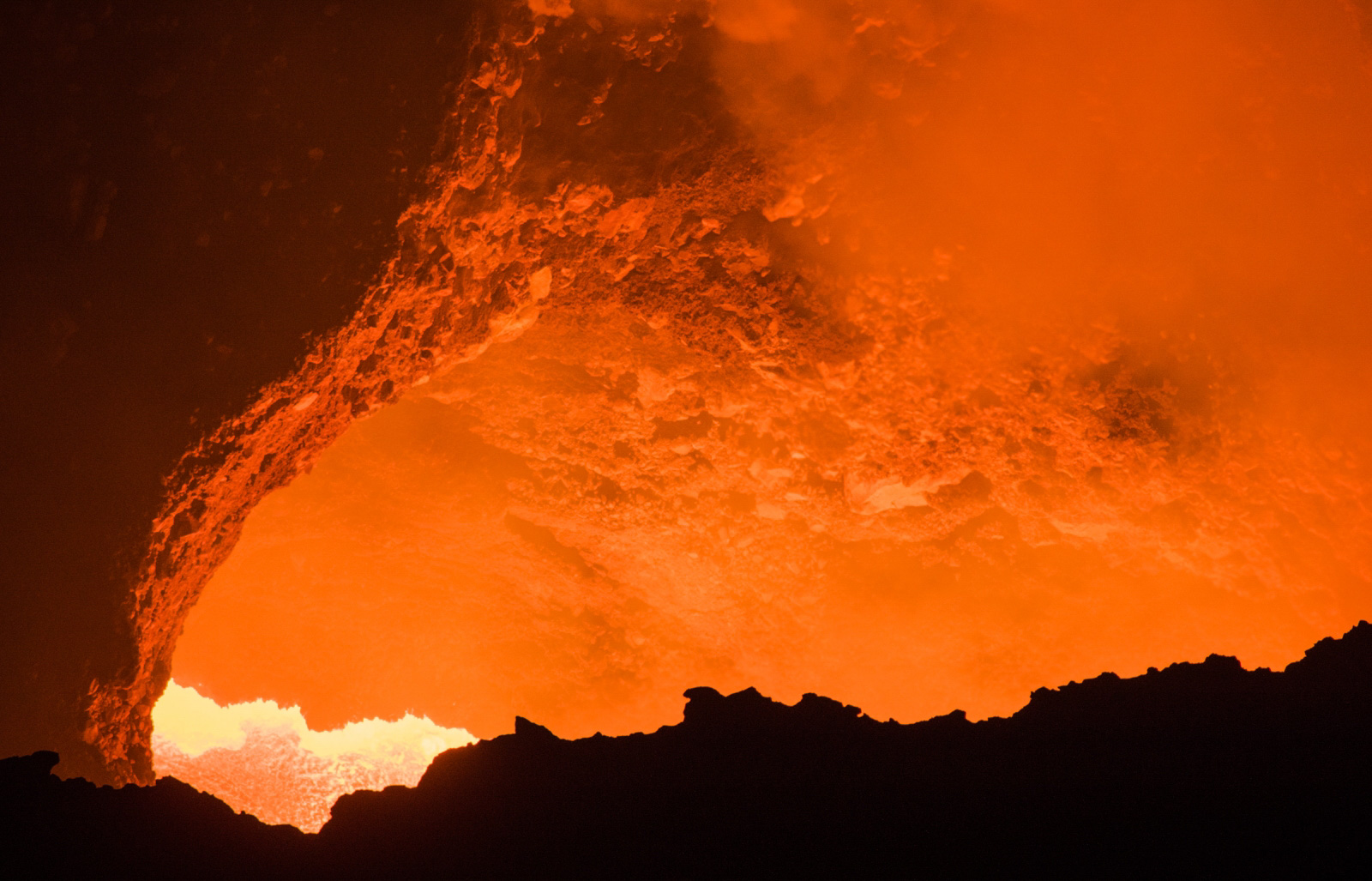 Our last and final stop was Isla De Ometepe. Thankfully we had another chance to meet up with our UK friends, Andy and Laura, that we met camping in Lake Atilan. Re-united and felt so good! Too good actually…We somehow polished off 6 (or 10) litres of beer and a 1.75 litre bottle of Flor de Cana while sharing and swapping stories from the road…Even Sumo (Andy & Laura’s 4-Runner) was too hungover to hit the road. It took 7 over-landers to push start his fat ass and send him towards the ferry to mainland! 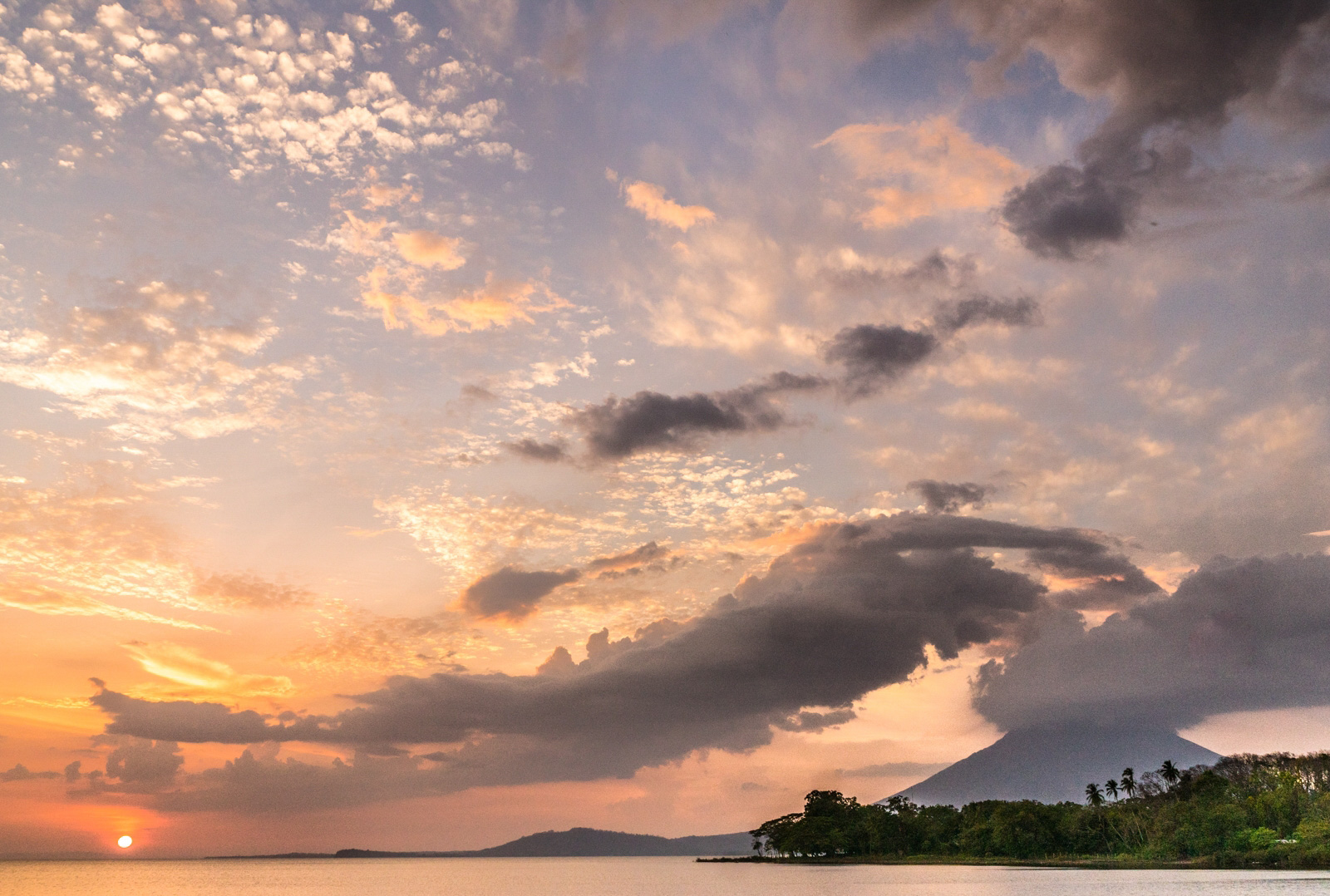 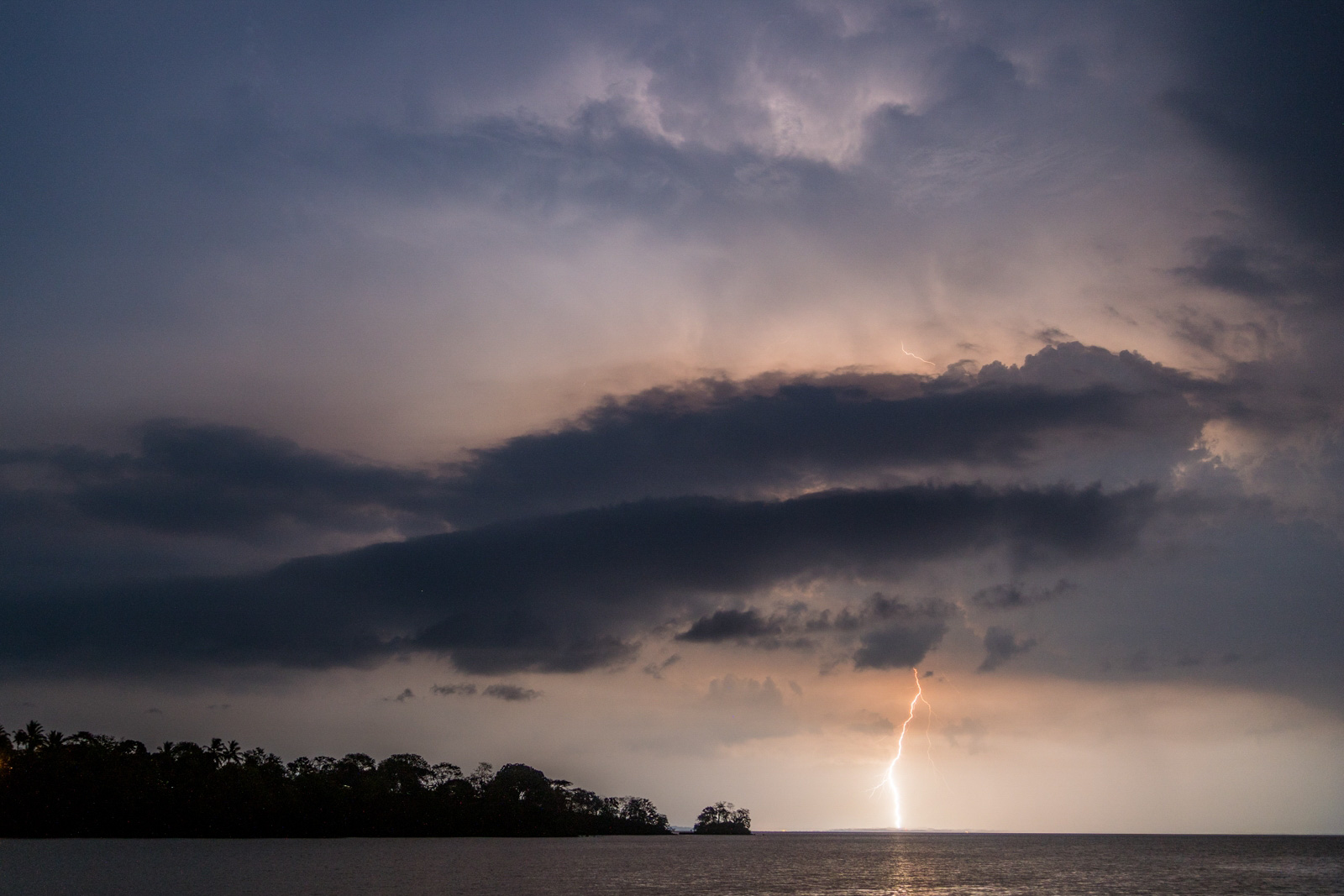 While we’ve seen plenty of beautiful places along the road, so much that you start to get jaded, Isla de Ometepe was one of those places that was strikingly beautiful. The island was dominated by two volcanos (Conception and Madera) and a dirt road ringing the island. We spent our days dockside swimming, avoiding the deathly Nicaraguan heat, visiting the fresh water springs, hiking Volcano Madera, and going on off-road adventures around the island. It was truly a highlight of Nicaragua.

Running low on our 90-day Visa (90 days for Guatemala, El Salvador, Honduras, and Nicaragua) it was time to hit the trail to Costa Rica!