Leaving Mazunte was a bit of a heartbreaker but we either had to do that or risk spending the rest of our lives there! So we ripped outta of town like one rips a bandaid off a boo-boo, eyes closed crying like babies! San Cristobal was no easy day trip, so the Boys decided to stay a night in Tuxla before making the journey up into the mountains. Dinner was a pretty simple choice, Chili’s…”I want my baby back baby back baby”…sorry just couldn’t resist. Anyway, for some odd reason unbeknownst to man, Mitch decided to order a glass of water, not a BOTTLE of water…a GLASS of water. A little suspicious, he only decided to have one miniscule sip when the salt from his chicken fajitas had him parched…BAD IDEA! Let’s just say Mitch didn’t need an alarm clock the next morning. Feeling pretty rough, the Guys decided to stay another day before leaving Tuxla.

Already delaying the Team a day, the Boy’s decided to make the short journey to check out Cañon del Sumidero. After a short boat ride, and a few history lessons from our Skipper we were right in the middle of the Canyon – Unbelievable! Some of the cliffs rose as high as 1000 meters (or at least that is what Ol Skip told us). Either way it was a sight to be seen, the only concern we had surrounded the amount of trash in the river. Other sights included crocodilos, all sorts of birds, and a boat selling beers and Cheetos! After the tour it was time to scale the mountain and head to San Cristobal before it got dark and Mitch was left navigating the roads without a headlight. 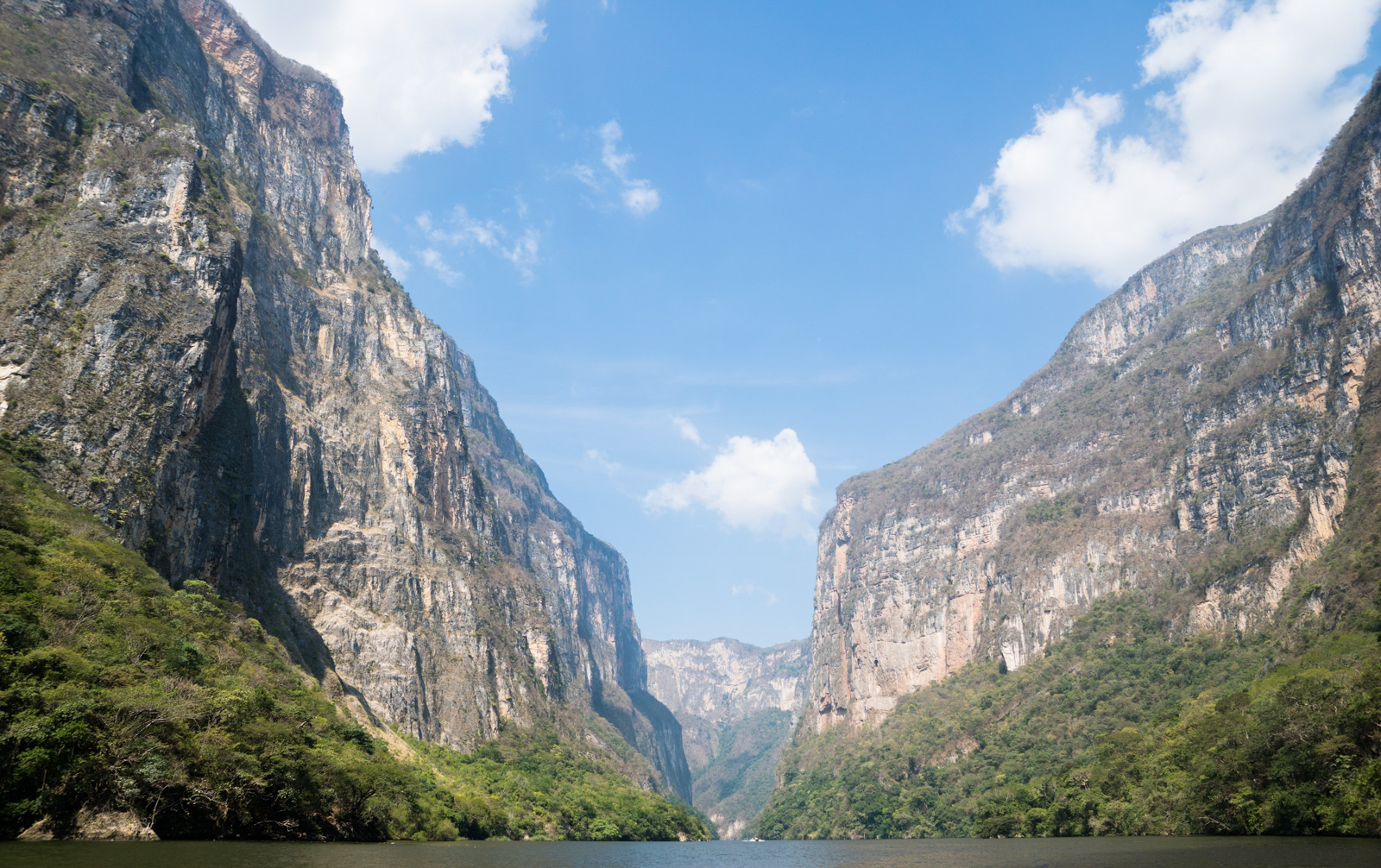 Arriving in town, it got cold…fast. Night temperatures plummeted into the high 30’s/low 40’s. Although this doesn’t sound terrible it was definitely a change of pace considering we had spent the last 2 weeks in 90+ degree heat. Finally biting the bullet, Mitch decided to go to the Doctor to check on his stomach issue. After some poking and prodding the Doc came up with his analysis “Mitch, tu tienes Salmonella.” Jesus, Mary, & Saint Joseph! Dave Matthews nailed it right on the head when he said “DON’T DRINK THE WATER! THERE’S NELLA IN THE WATER!”. This dampened the mood a bit but some rest and anti-biotics were sure to clear things up in a couple days. Again, the town was VERY similar to the other Pueblo Magicos we had encountered. However, San Cristobal was definitely the cheapest of them all. A quick trip to the local market and the group could eat a solid meal for as little as 20 peso/person. Other highlights of the City include but aren’t limited to; watching movies in dorms while it rained for 2 straight days, eating hot soup to stay warm and regularly gorging ourselves on homemade guacamole…did we mention the food was cheap here?!

The biggest highlight of the area was hands down our day trip to Chiflon and Lagos de Montebello. It was one hellish and long day of being in the bus, but the scenery was absolutely unreal. By mid-day we were a stones throw away from the Guatemalan border ogling turquoise waterfalls, rivers, and alpine lakes. The only downside was the bus driver who drove everywhere like he was a Nascar driver. 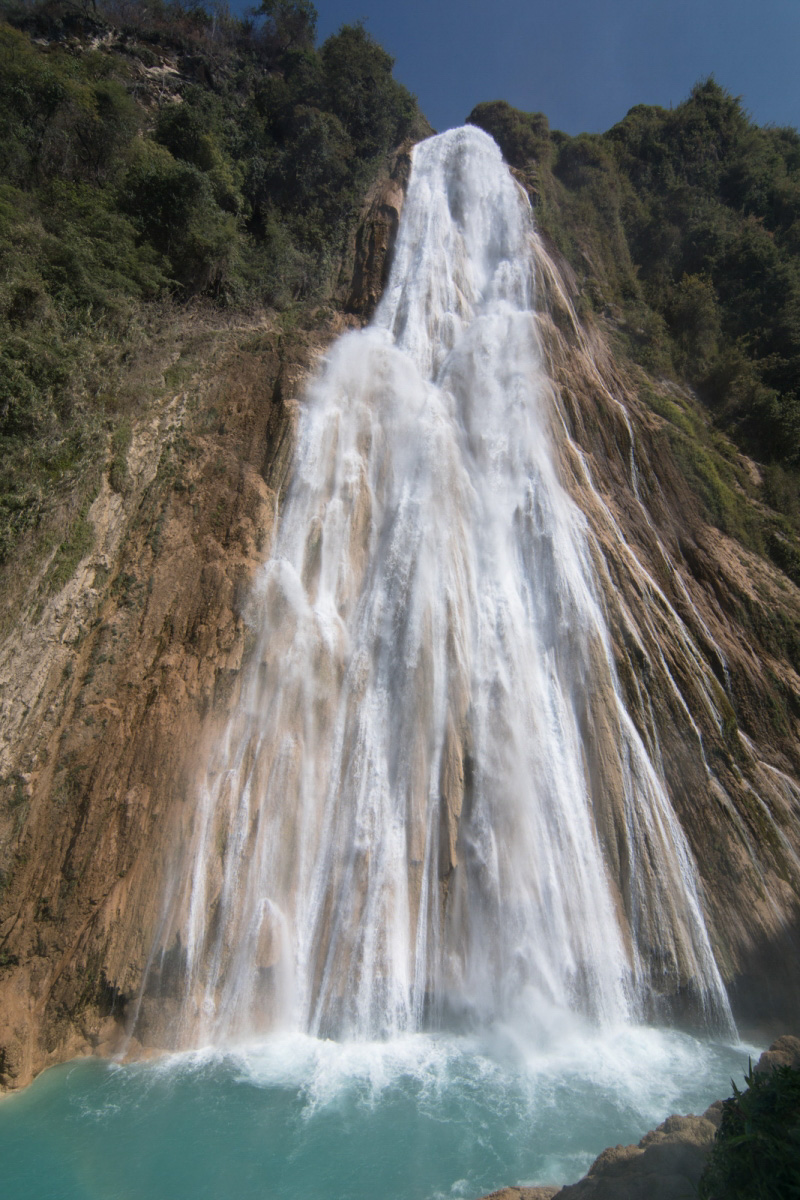 After several days the sun finally decided to show it’s face in San Cristobal and we took advantage of it by hopping on the bikes, and dropping into the jungle to Palenque! Now, we’ve always encountered topes (Spanish for speed bumps) along our journey but the road from San Cristobal to Palenque was a whole new ballgame! We overheard a couple talking at the campground saying they counted approximately 600 of them, this drive was a real ball buster (literally)! The town of Palenque itself is nothing impressive BUT the surrounding area is absolutely astonishing! We camped at Mayabell with the howler monkeys. Every night around 3am these little fucks would bello louder than a 4 year old who didn’t get his way at the super market! Thanks guys, we weren’t sleeping anyway…

While Mitch was feeling back to his normal self Justin awoke to his own case of the stomach bug (never trust a fart) on the first day in Palenque leaving us debilitated and not able to move. Justin sat in his tent for a painstaking two days sweating with stomach cramps and nausea before Mitch and Antonia went into town, pretended to be sick, and brought back medication. At least if Justin died there in the tent the Howler Monkeys would have a good feast! 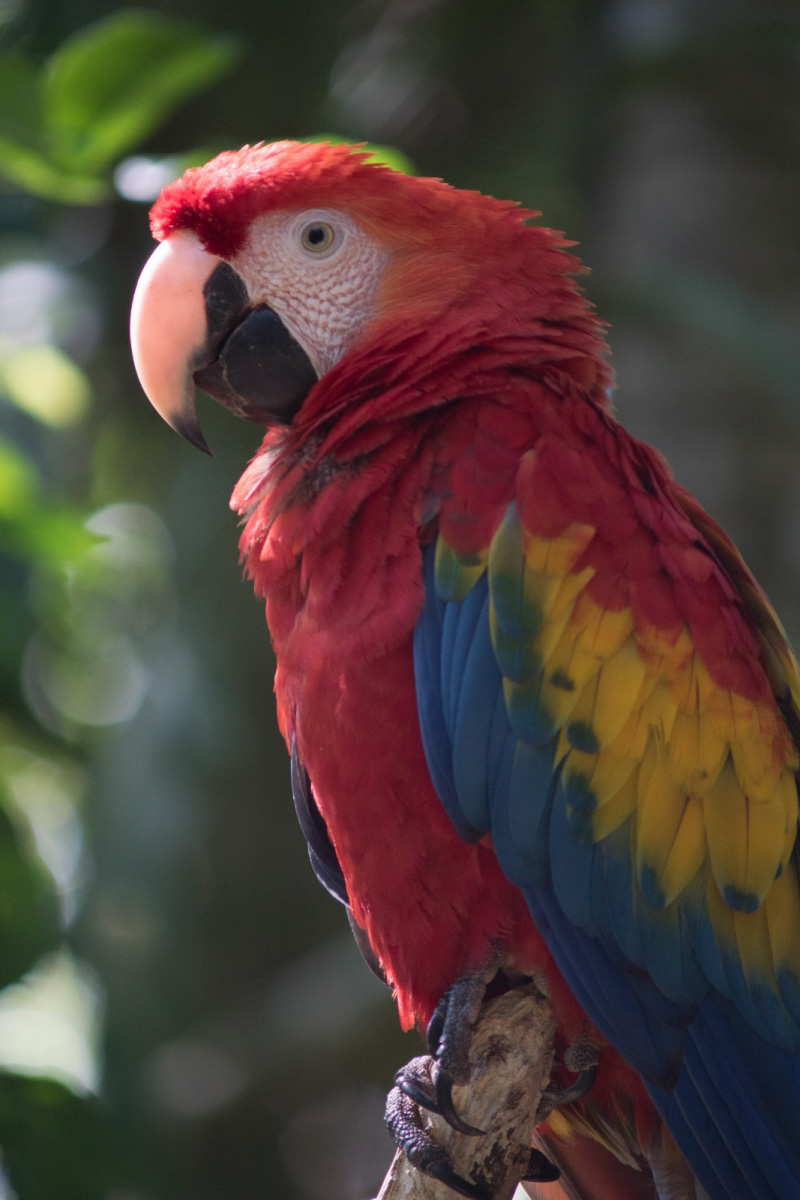 Feeling about 70% the Guys finally had enough steam to head into the ruins and see the magical wonder of Palenque. Not knowing much about the history of the ruins and the Mayan culture the 100s of ruins around Mexico begin to get old and kind of monotonous, but Palenque was stunning. It was so unique! Set back deep in the jungle surrounded by thick forests and the sounds of birds chirping and monkeys howling…it was a new experience for all of us. It really had a mystical and ancient feel. 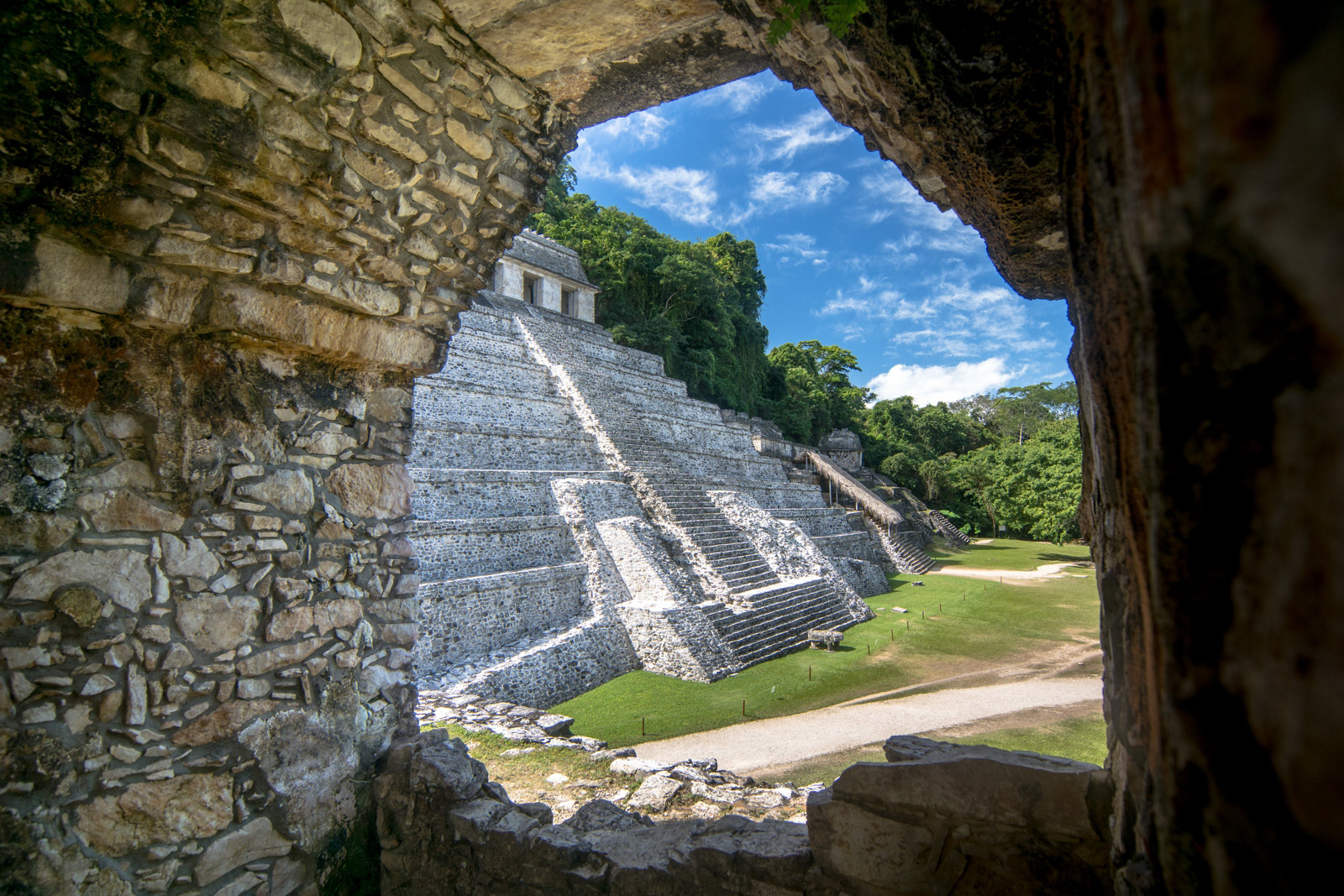