For years now, Justin and I have complained to each other, after the fact of course, that we didn’t do a backpacking trip over the extended 4th of July weekend. Well, this year we decided to change that and really maximize the long weekend. After calling the ranger station in Silverton to get the latest scoop on the conditions, we decided on a 10 mile loop of the Highland Mary Lakes in the Weminuche Wilderness over Ice Lakes Basin due to the latter being mostly frozen still. To add some icing to the cake we found out rafting was in order for the July 4th festivities with some of Sara’s friend in Durango. 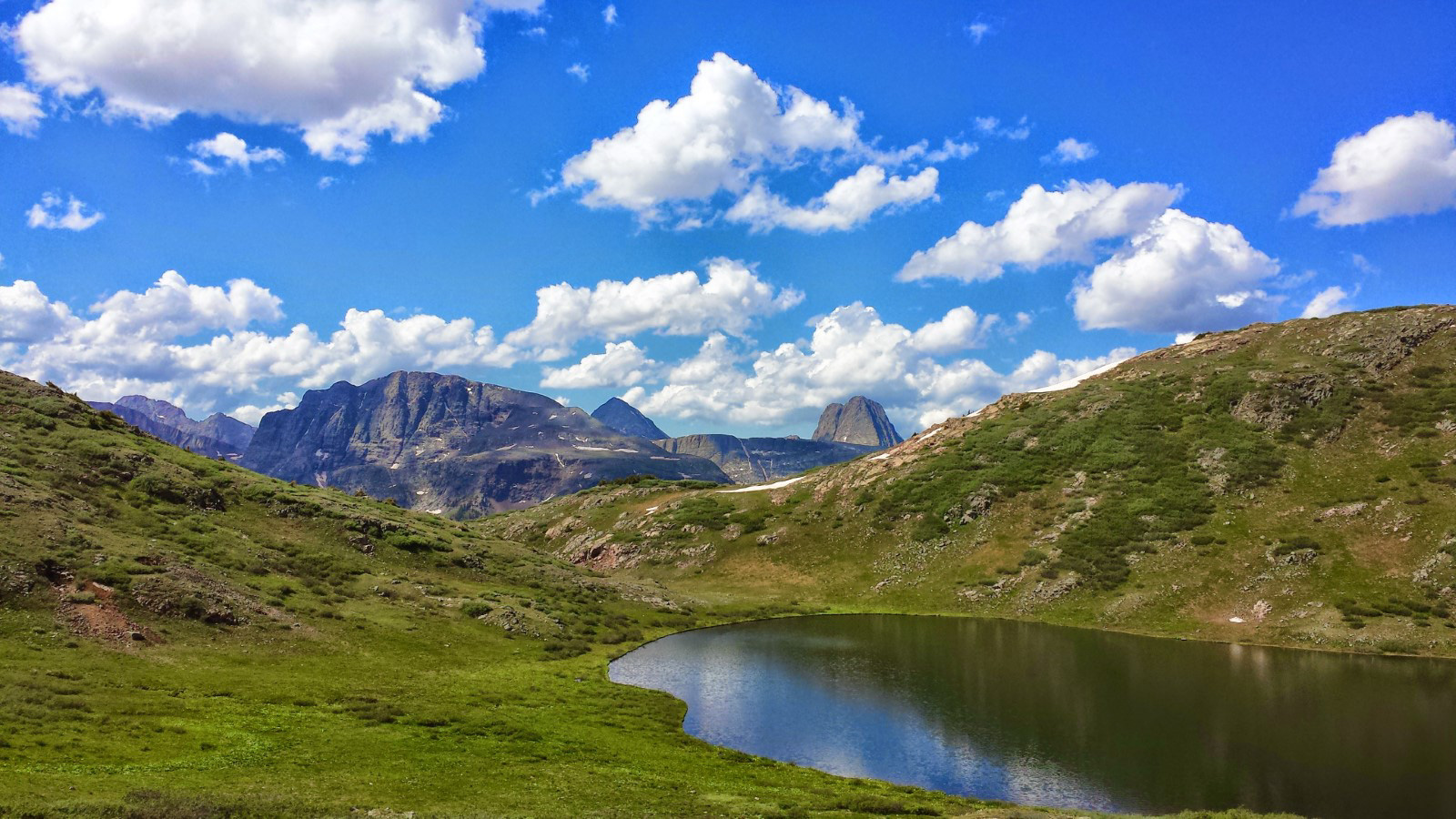 Justin, Mike, Sara and I headed out for Durango on Thursday night. We left Denver at around 7 pm hoping to avoid I-70 traffic by taking 285. Well, sure enough, just before Conifer we hit snail speed traffic, quite slower than ludicrous speed. After an hour of going nowhere, we decided to stop at Qdoba for some deliciousness. In hindsight, this was a poor decision. Four people trapped in traffic for hours after Qdoba is simply – terrible.  Thanks to an awesome reroute (shaving at least 30 minutes off of traffic) by my co-pilot, Google Maps, we made it to Buena Vista in 4.5 hours, normally a 2.5 hour drive. By this time, we were all pretty tired and decided to pitch a tent somewhere instead of getting into Durango at around 4 am. We found a nice cozy tent spot in the parking lot at the Mt. Princeton trailhead. 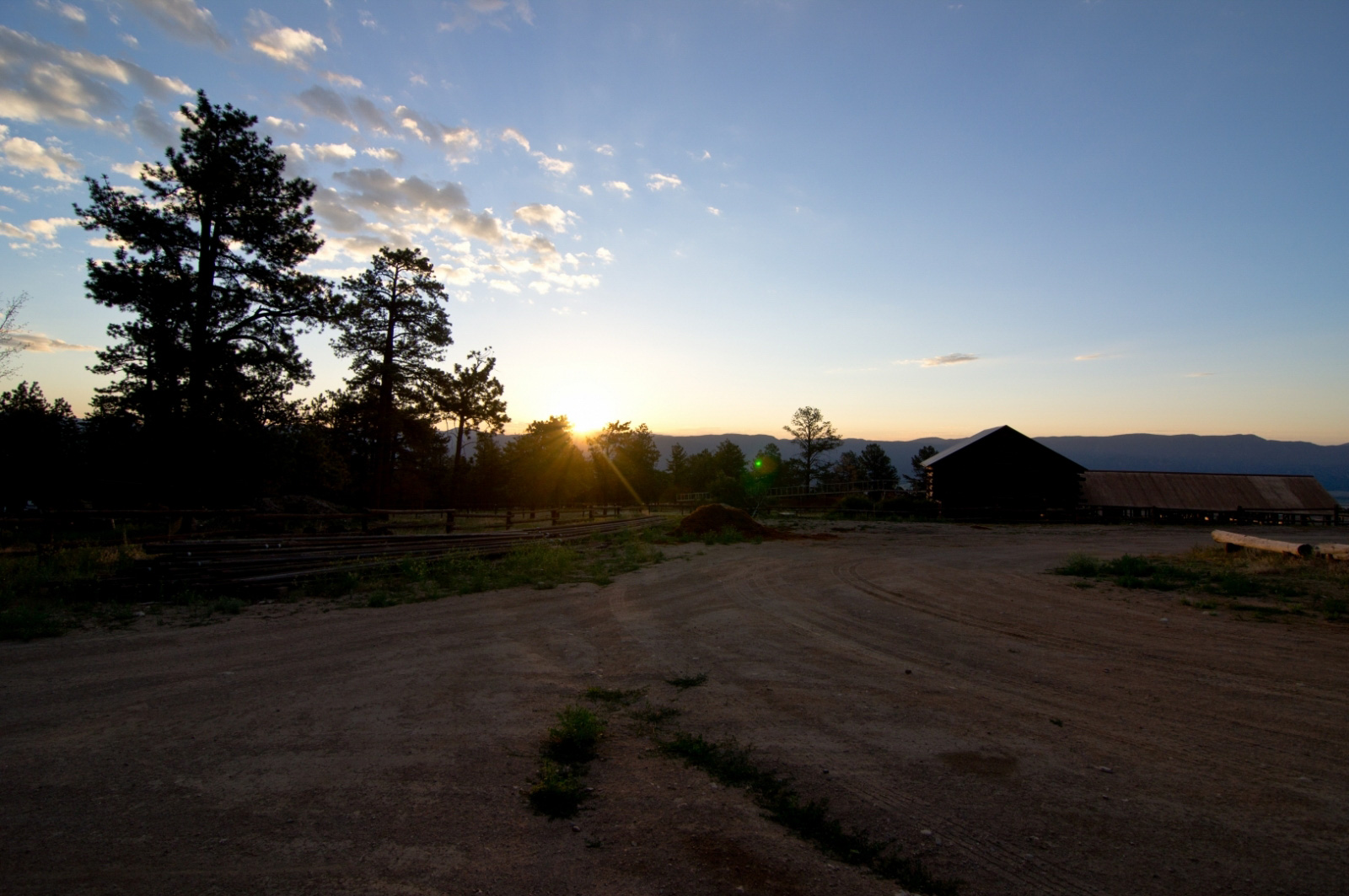 By 6 am, on America’s birthday, we all were back on the road. Like most Americans on any morning, I was badly in need of a cup of coffee. Due to Justin’s amazingly awesome navigational skills, we settled on a café in Saguache called “Saguache 4th Street Diner”. This place had amazing Cinnamon rolls, seriously, they were the best I’ve ever had. Maybe it was because I slept in a parking lot but either way I’ll be back to have another helping or two! And if one is looking for a job, have no fear, the local court is hiring with the only requirements being: a high school diploma and some knowledge of the US Judicial System.

We arrived in Durango by 11am. We quickly changed in to our river attire and raced to the banks of the Animas River to catch our raft. Upon arrival, we were happily met with a raft full of people ready to go and a cooler stocked full of beer. Though the mountains are where I am most relaxed, I’ll take an unguided rafting trip with beer as a close second.  Thanks John, Ashley and Alison for the good times!

After the rafting trip, we all went to SteamWorks Brewery where Sara and I, particularly, feasted ourselves on a seafood platter full of shrimp, crab legs, sausage and corn on the cob. Pure deliciousness. Soon after the feast, Justin, Mike and I fell into a deep food coma at Ashley’s house. We didn’t awake from this food coma until the next day, with the exception of 15 minutes to watch the lackluster fireworks, but Sara elected to rage into the wee hours.

Saturday morning came soon enough and we were all up and excited for our backpacking trip except for Sara. She was running slow, hangover of course, from raging all night catching up with her Durango pals. The drive to Silverton from Durango was absolutely gorgeous. I had been here once before with my family when I was a kid, but I remember very little. The views off Molas pass were particularly incredible. I’d definitely like to come back here during the winter as the backcountry skiing looks incredible. Once we arrived in Silverton, Sara was not feeling so hot and requested an abrupt stop right in the middle of downtown Silverton. After passing through Silverton and being on highway 101 for 30 minutes, it became clear that the directions we had for the trailhead were not correct. Thankfully, my trusted navigator, Google Maps, came through again and we were at the trailhead by 10am.

For the first mile, we pretty much followed Cunningham Creek up the valley passing by numerous waterfalls while hiking in a mix of aspen and pine trees. This portion of the hike was definitely the steepest but really not bad at all gaining almost 1,000 ft. in a mile. 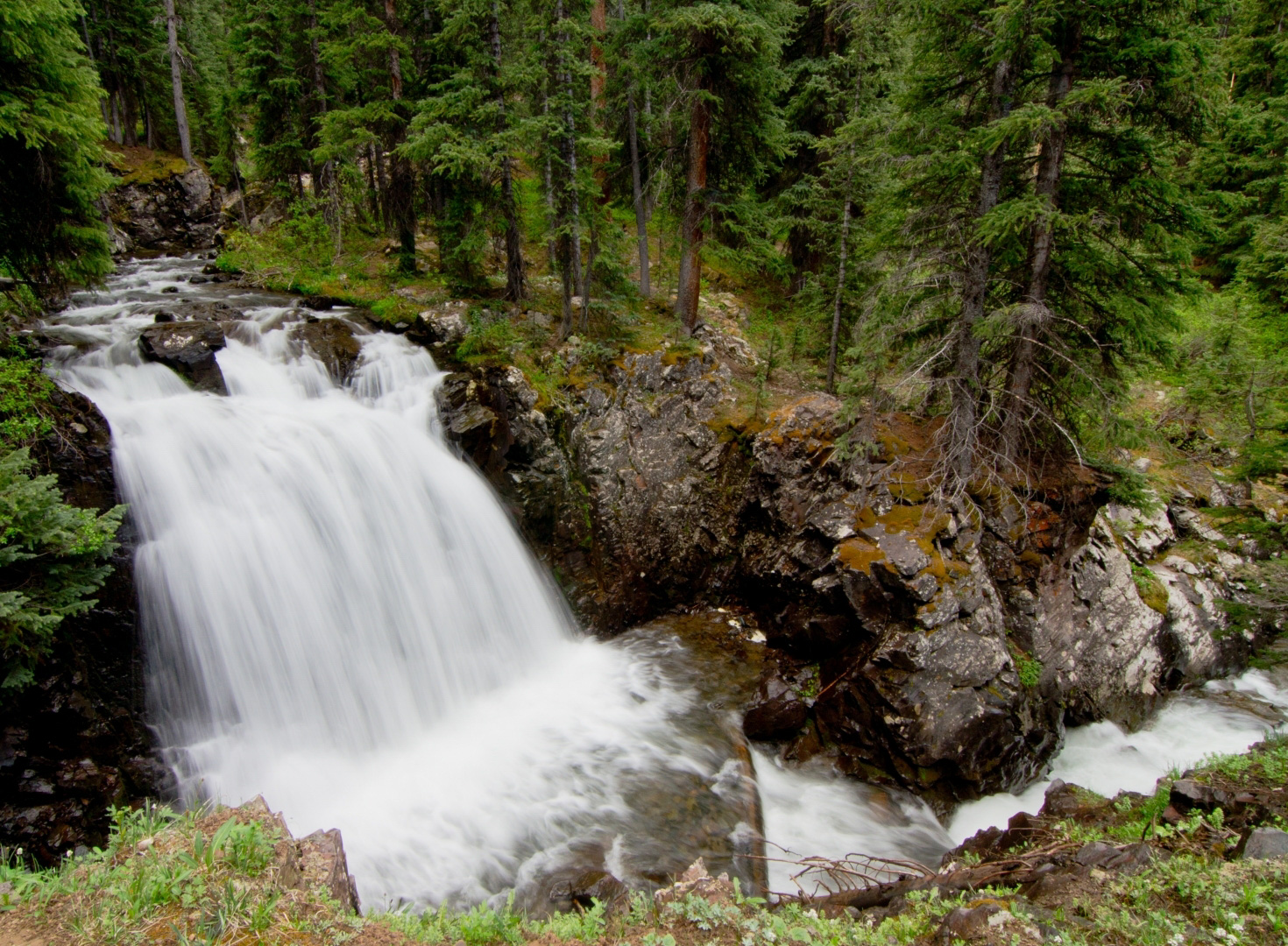 Around 1.5 miles in, we crossed the river and begin heading up and out of the valley into an alpine area containing mostly willows and small trees. Soon enough, we were above treeline and at around 2.5 miles we reached the first of the three Highland Mary Lakes at 12,000 ft. At this time, it began to rain. It wasn’t raining hard, but it did warrant us to dawn on all of our rain gear. Our original plan was to camp at Verde Lakes, but due to the weather I thought it was in our best interest to set up camp somewhere along the shores of one of the lakes. We found an amazing camping spot along the west shore of the largest Highland Mary Lakes. 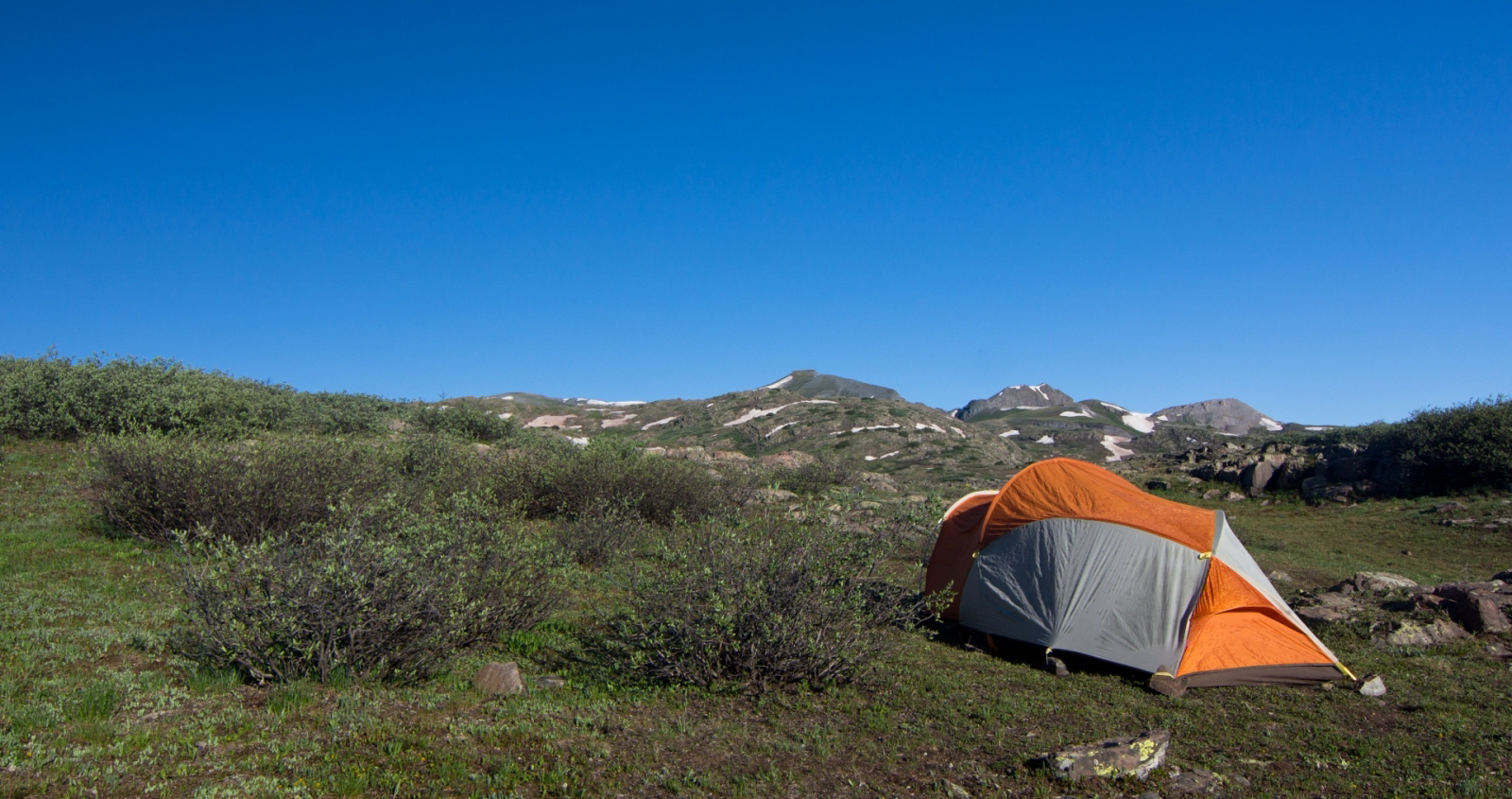 Thankfully, the rain stopped and afforded us the opportunity to set up camp in dry conditions and eat some lunch. Though not for long. After lunch the rains returned and we all decided to pack in my tent and play some UNO. Even with two half-sized people, 4 people in a two person tent is cramped! Nonetheless we had an awesome time playing cards.After the rains stopped, Mike and Sara elected to return to their tent to take a nap while Justin and I explored the Highland Mary Lakes basin. With the high snowfall this year and the recent rains, the basin was very green. These lakes were some of the biggest alpine lakes I have ever seen. After hiking up a small hill on the north side of the largest lake, Justin and I were afforded an awesome view back down the valley we had all hiked up. 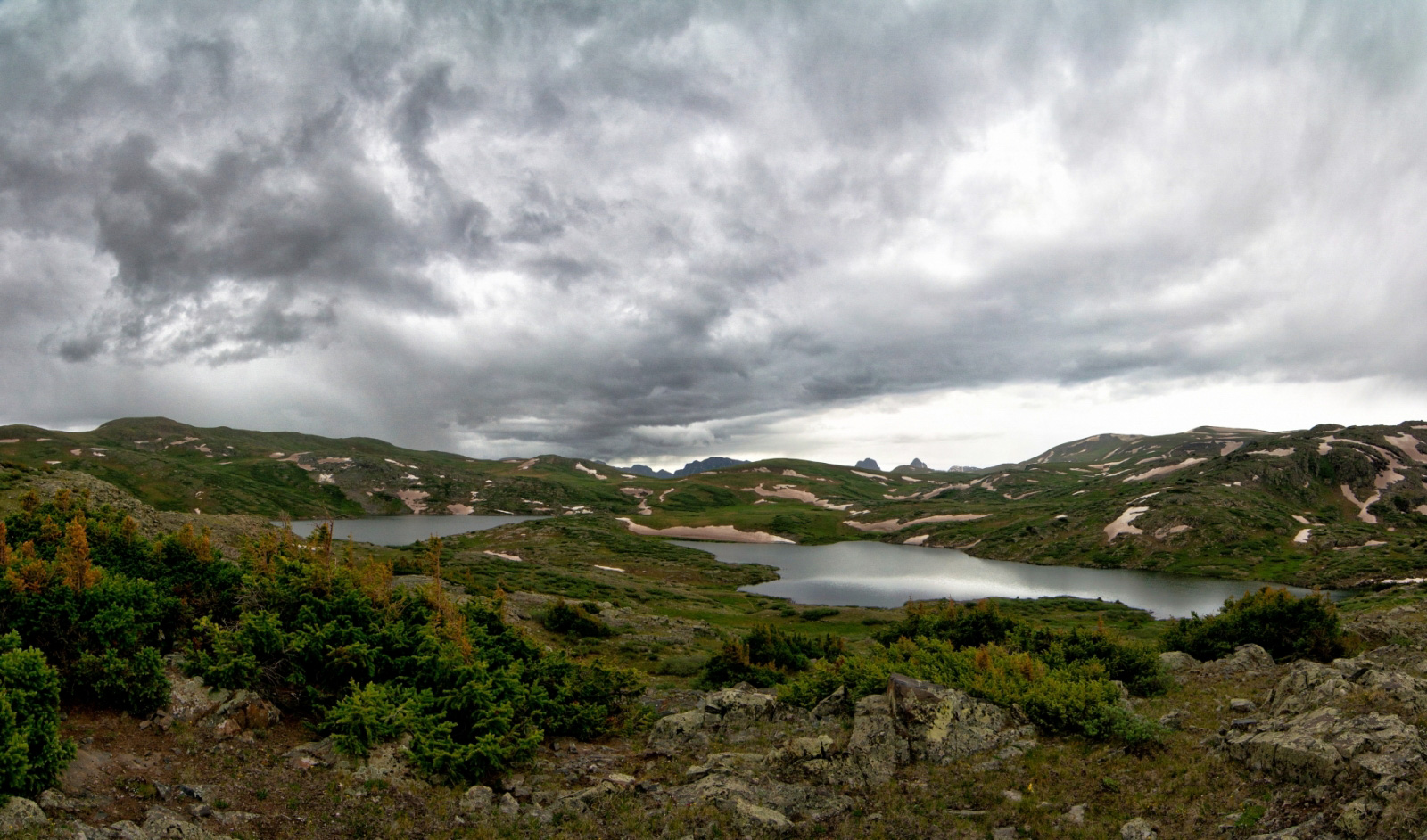 Soon enough, the clockwork July Colorado rains returned and Justin and I were forced to make a hasty retreat to our tent to play cards again – this time playing Gin-Rummy.  Just before sunset, the rains stopped allowing us one more chance to see the basin before nightfall. Because our pants were soaked from getting trapped in the rain on our way back from the previous outing, Justin and I were forced to photograph and explore the basin in our boxers. A site that I’m sure Mike, Sara and one random stranger we encountered thoroughly enjoyed! The skies cleared just in time for us to get some amazing shots of the sunset over one of the lakes. 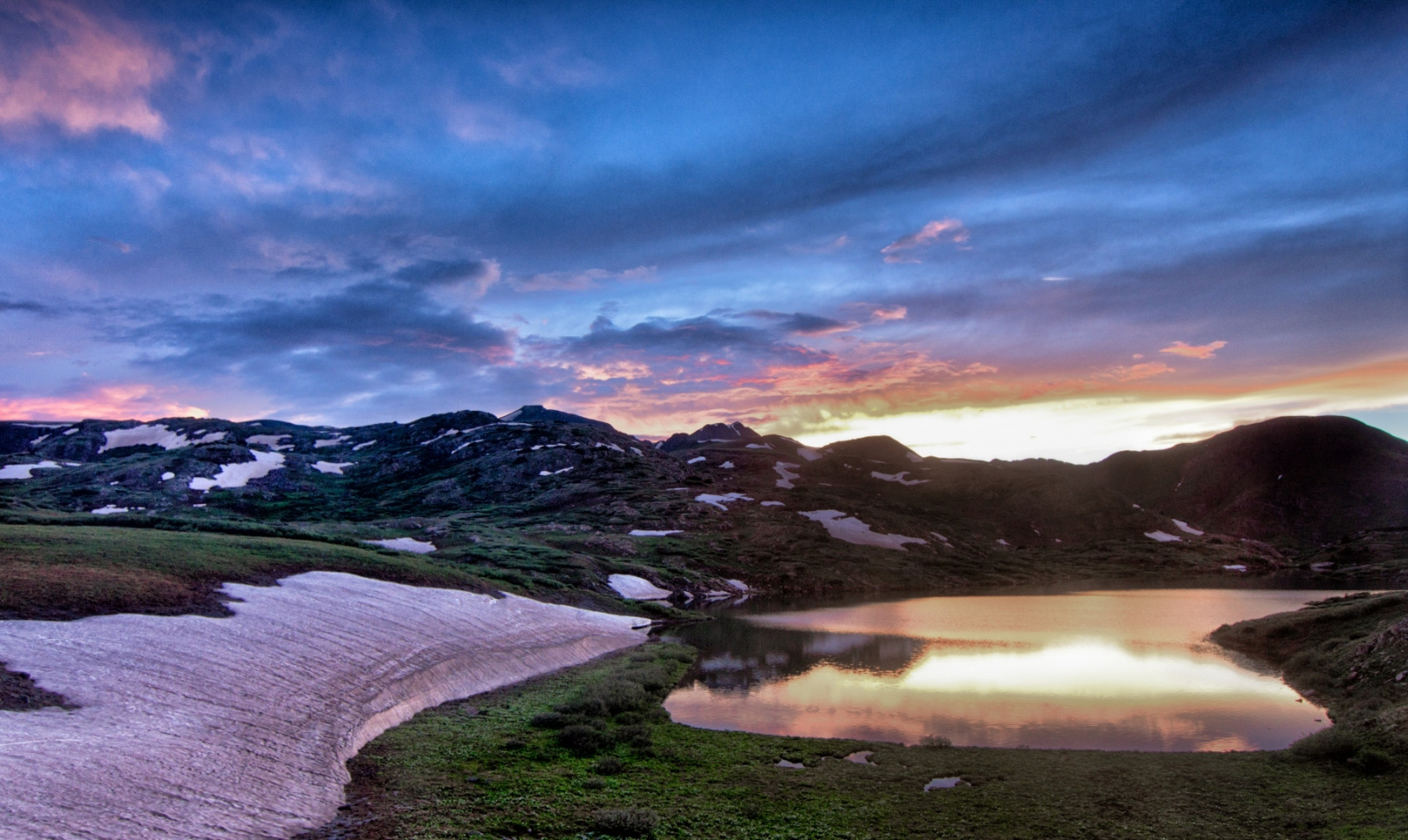 Now dark and the rains likely returning soon, we all decided to call it a night and eat dinner in our tents. Surprisingly, I was actually pretty cold during the night and ended up sleeping in my down jacket. Must be time to wash my sleeping bag? I’m sure Justin would appreciate that! We were all up the next morning by 7 am. It was a gorgeous morning without a cloud in the sky. We decided to take our time and explore the area again taking more pictures. We broke camp and were back on the trail around 9am. We climbed a gentle switch-back that lead us south and above the Highland Mary Lakes. The views back to the lakes and the San Juan Mountains were simple amazing. Only after about an hour of hiking, we reached an overlook for Verde Lakes at about 4 miles from the trailhead. We decided to stop here and eat lunch because the views here were the best so far of the trip. Looking to the south, towering behind Verde Lakes, were the pyramid-shaped Vestal and Arrow peaks of the craggy Grenadier Range.

The whole area reminded Justin and I of Glacier National Park and offered the group a new appreciation for the distinct differences of all of Colorado’s mountain ranges. After lunch, we continued up the faint trail to a wooden post that marked the junction with the Continental Divide Trail (CDT). Here we made a left and headed north on the CDT. For the next couple of miles, the trail crossed a wide open tundra basin affording us with amazing views in all directions and quite the display of wildflowers.

At around the 7.5 mile point, we reached a trail junction with the Cunningham Gulch trail. In order to complete the loop, we took the trail and headed west. Shortly after the junction, it started to rain on us again. I silently laughed to myself because now both times I’ve been in the Wiminuche it rained on me every day. I guess that is why it is so green, huh? With food fantasies starting to fill all of our minds, we made quick work of the remaining trail arriving back to the trailhead at 2pm.

The drive home was largely uneventful. The drive over Red Mountain pass between Silverton and Ouray was definitely not for those who are easily scared of heights. In most parts of the road, there were no guard rails simply because there wasn’t enough room between the road and cliff!

In all, this was an amazing trip that I wouldn’t change anything about. Definitely not disappointed in not being able to do Ice Lakes Basin. Southern Colorado is truly a remote place and it is always awesome to get away from the Denver area to explore the less crowded areas of Colorado. Good times, good views and good company! Thanks Sara, Mike and Justin for the memories!