Leaving Guadalajara was a breeze compared to entering. There was little to no traffic to dissect and no diesel fumes tainting the air. We cruised out of the city with ease. It was like comparing the god-awful parking lot of Sunday ski traffic on i70 to a Tuesday morning stroll. Continuing with our motto of avoiding toll roads we found ourselves weaving in and out of small villages, mountains, and agave farms. The road eventually turned to shit and was so pothole ridden and wobbly that both Mitch and Justin pulled over at separate times to check if they had a flat tire. Nope, just Mexico being Mexico again. After several long hours on the road the Boys finally closed in on Guanajuato.

Entering Guanajuato is like entering a corn field maze or labyrinth except on Groundhog Day. You miss one turn and you’re forced to repeat, over and over again. Entering the city guided by GoogleMaps we hit the first series of underground tunnels. They were dark and moist with random offshoots. Were they one-ways, we had no idea? Following the signs for the Centro we emerged into the daylight and onto the cobblestone streets surrounded by narrow alleyways, people, and a concoction of unnamed streets and more one-ways. The GPS was useless. We’d duck into a tunnel and lose signal or it’d say we have 1.4 KM to go but it’d take us 17 minutes. Around and around we went, in and out of the tunnel, from light to dark back to light. It took us three loops around the city before we actually found our hostel. 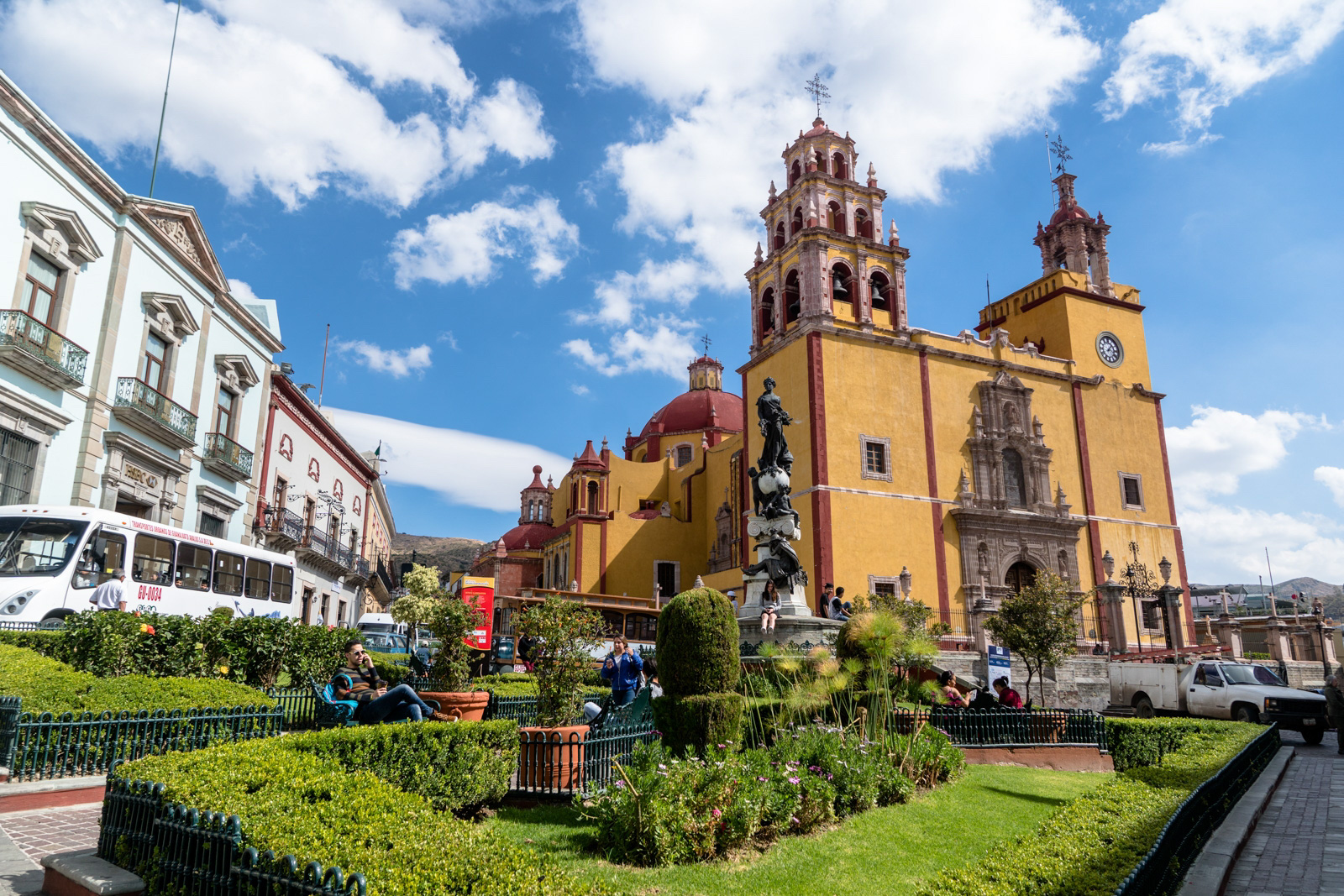 Pulling into the Centro was like taking a step back in time. The city sits in a fishbowl of sorts with varying churches, gardens, and plazas in the center with buildings snaking their way up the surrounding hills and mountains. Climbing higher and higher, the streets and alleyways simply got more narrow and straight UP! The city had a buzz and energy about it that was contagious. It didn’t matter the time of day. It could have been 9 AM or 4 AM, there was still people and street vendors hustling about slinging ice cream, sweats, corn, or tacos. This was in part because of its infamous reputation amongst Mexican tourism, but primarily due to the large university in the heart of the city. We were infatuated. 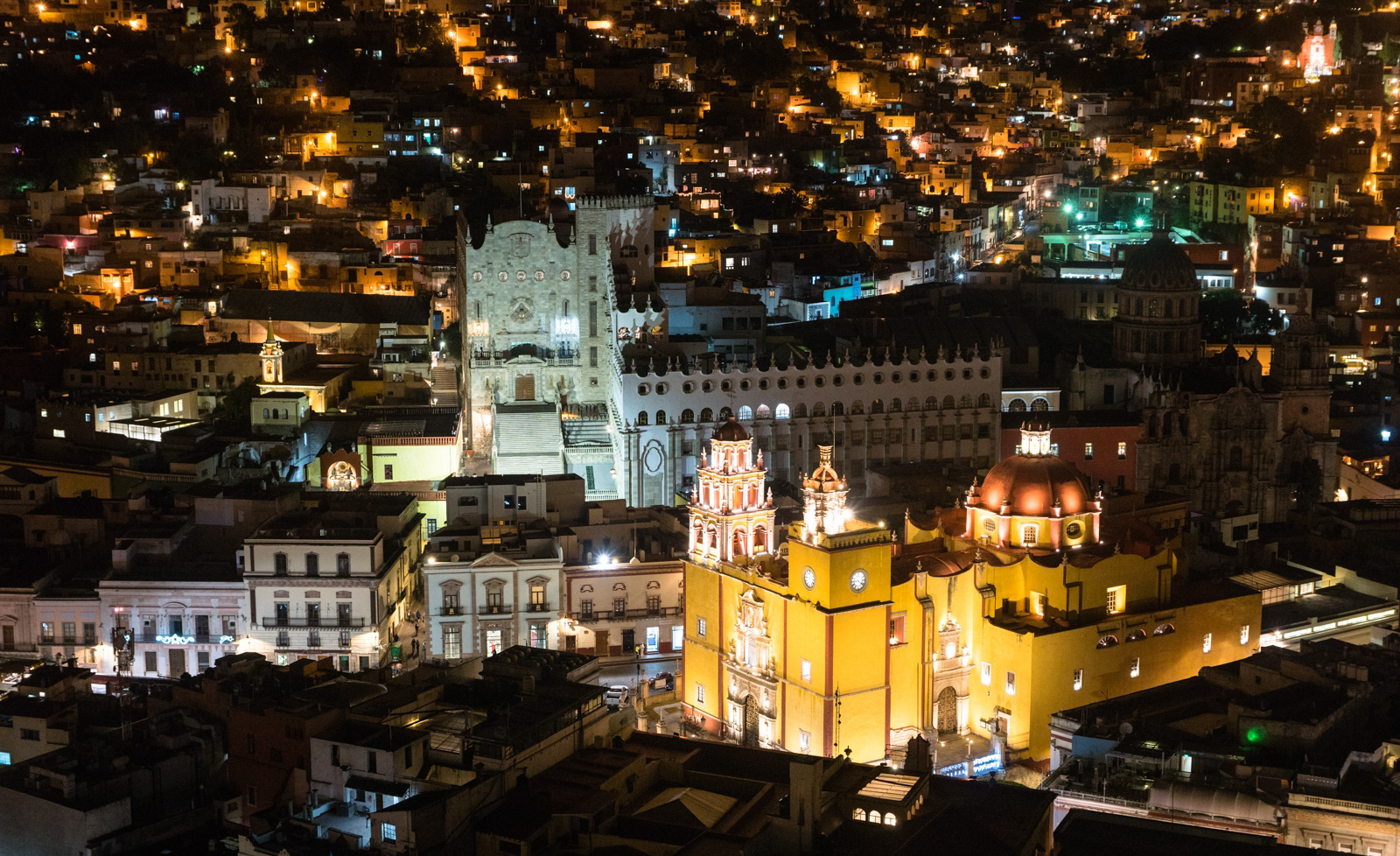 All in all, we ended up spending five days wandering the streets, eating good food, and getting utterly lost in the energy and charisma of the city. We visited more churches than we needed, explored the markets, hiked up around the city, and visited museums. The most notable (and creepy) museum was the Museo de las Momias, which was full of mummies from the late 1800s though mid 1900s. It was eerie! Some even had hair and clothes still intact. 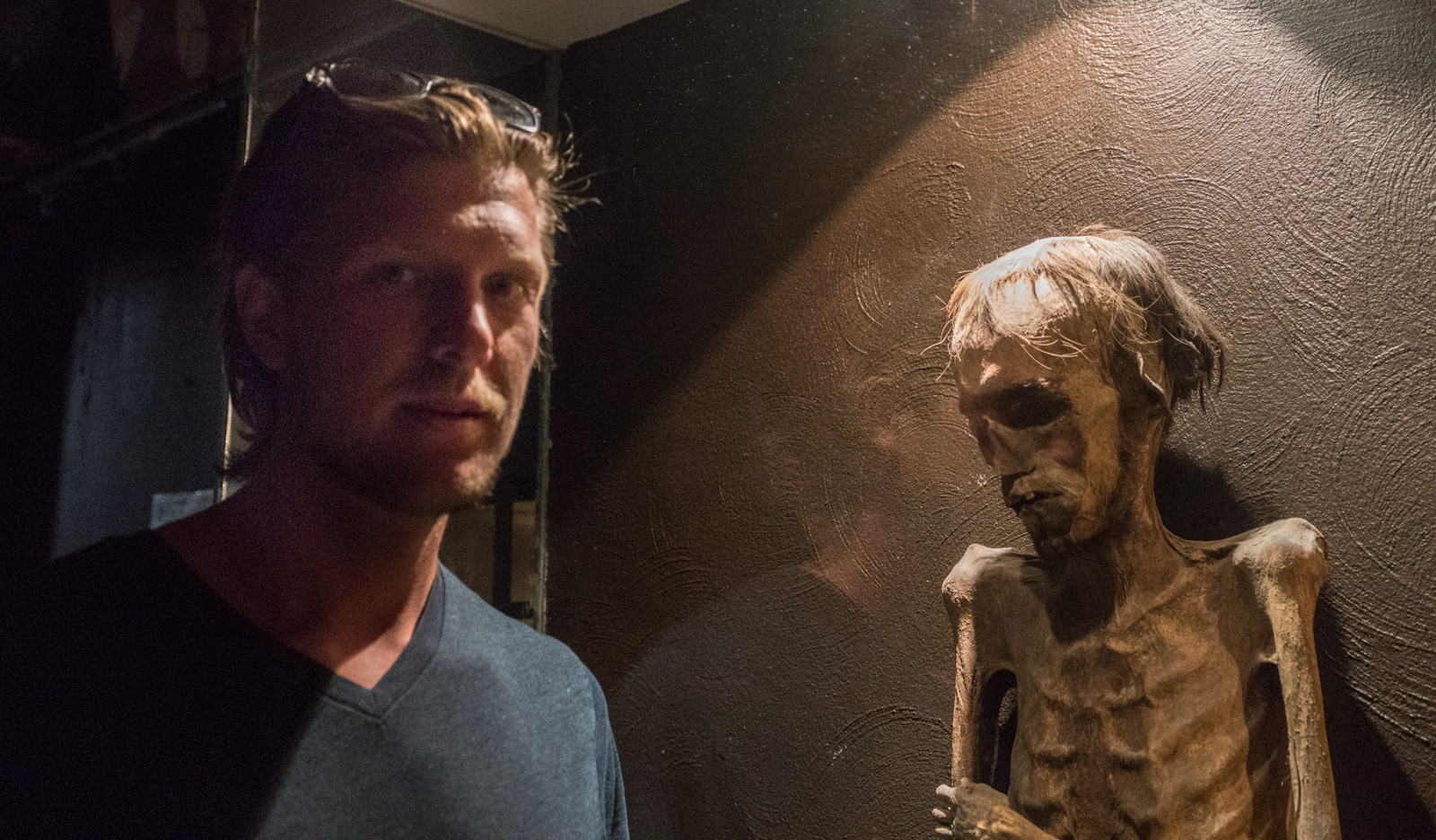 On our last evening in town we went on a tour led by local university students called callejoneadas. Dressed in traditional attire and armed with jugs of sangria and musical instruments they lead us through the city singing, dancing, and telling us local folklore and legends. Luckily for us David spoke fairly good English and did a decent job of translating for us Gringos in the group. Even with the language barrier the tour was still incredible. Everyone was laughing, dancing, and having the time of their life.

Guanajuato is truly a magical place, but it was time to move on. We packed up our gear and got ready to head to San Miguel de Allende, a mere 1.5 hr away. In the midst of the packing Justin realized his gas cap had been stolen, which has proven to be an impossible item to replace. Mierda!

On first arrival, given where we came from, we both felt San Miguel de Allende lacked the energy and buzz we had come so accustom too. Sure, the town with its churches (yes, more churches!) and cobble stone streets were quaint but it frankly seemed boring!

With our minds, slightly skewed, we randomly ran into Jamie at dinner one night, and it changed our perception in ways we couldn’t have even imagined. Again, it’s about the people that make the destination, not the destination. He was on a mission to prove why San Miguel de Allende was a great place to live, especially on a weekend! Wandering the streets full of locals, tourists, and multiple weddings in town we hit the first pub for some pool. We instantly made friends (and foes) as Mitch ran the pool table for majority of the night, which became quite comical. As the night wore on the pub became should-to-shoulder of non-stop dancing as the DJ spun an eclectic mix of electronic music into the wee hours of the night.

With our new-found friends we spent the next few days wandering the city, its markets, and narrow alleyways proving that it is always important to start each new adventure with a clean slate and open mind.