Motoring on south out of Playa Santispac, we continued through Bahia Concepcion being treated with stunning views of the Sea of Cortez and secluded beaches, nooks, and crannies. It was a drive that will never get old. Can you imagine the beauty of this section of coastline by sailboat? The possibilities would simply be endless, from here all the way down to the East Cape and Cabo Pulmo, our furthest destination south.

While we had more beach camping and diving on our mind we really needed to take care of some maintenance on the bikes and ourselves after camping for the last 1-2 weeks. Taking advantage of a connection we made in Guerro Negro, we decided to stop in La Paz for a few days. It was a much needed vacation from our vacation. We took numerous hot showers, poo’d in real toilets, and soaked in as much A/C as humanly possible. We performed oil changes, air filter cleans, laundered our clothes, and got caught up on editing photos. Heck we even arranged our temporary important permits for Mainland Mexico! It wasn’t all “adulting” though, we still enjoyed a good night out on the malecon, ate great food, and went snorkeling with our new friends Frieda and Lee we met at the AutoZone. 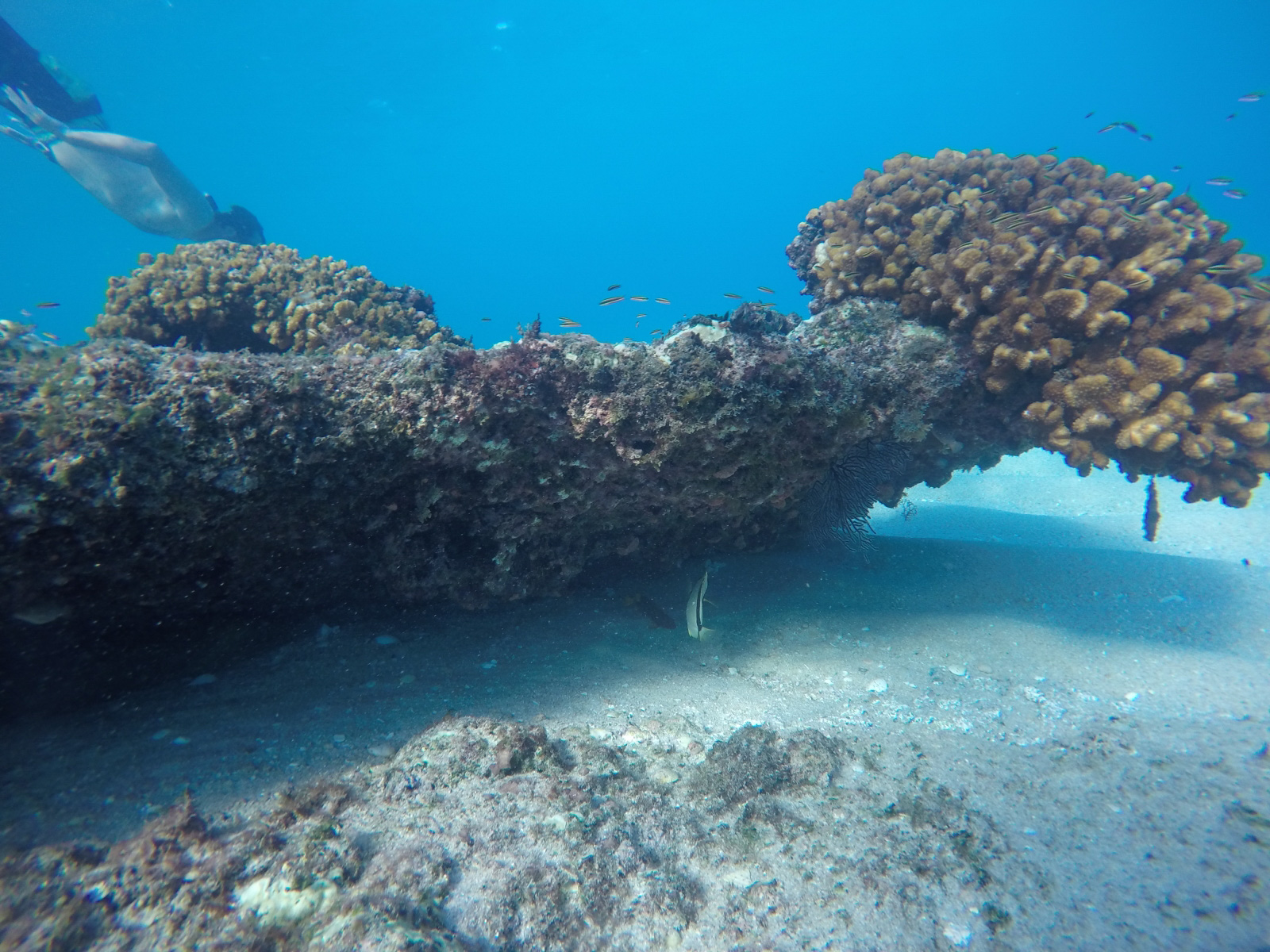 Refueled and replenished we headed on towards Cabo Pulmo. It was time to resume our vagabonding lifestyle on the beach. The road south on HWY 1 was beautiful! It also appeared much more green and lush than the rest of Baja, which was a welcoming change from the desert. Along the way south, we stopped at Café El Triunfo for the best god damn turkey sandwich in all of Mexico!  THANKS FOR THE RECOMMENDATION MARGO! 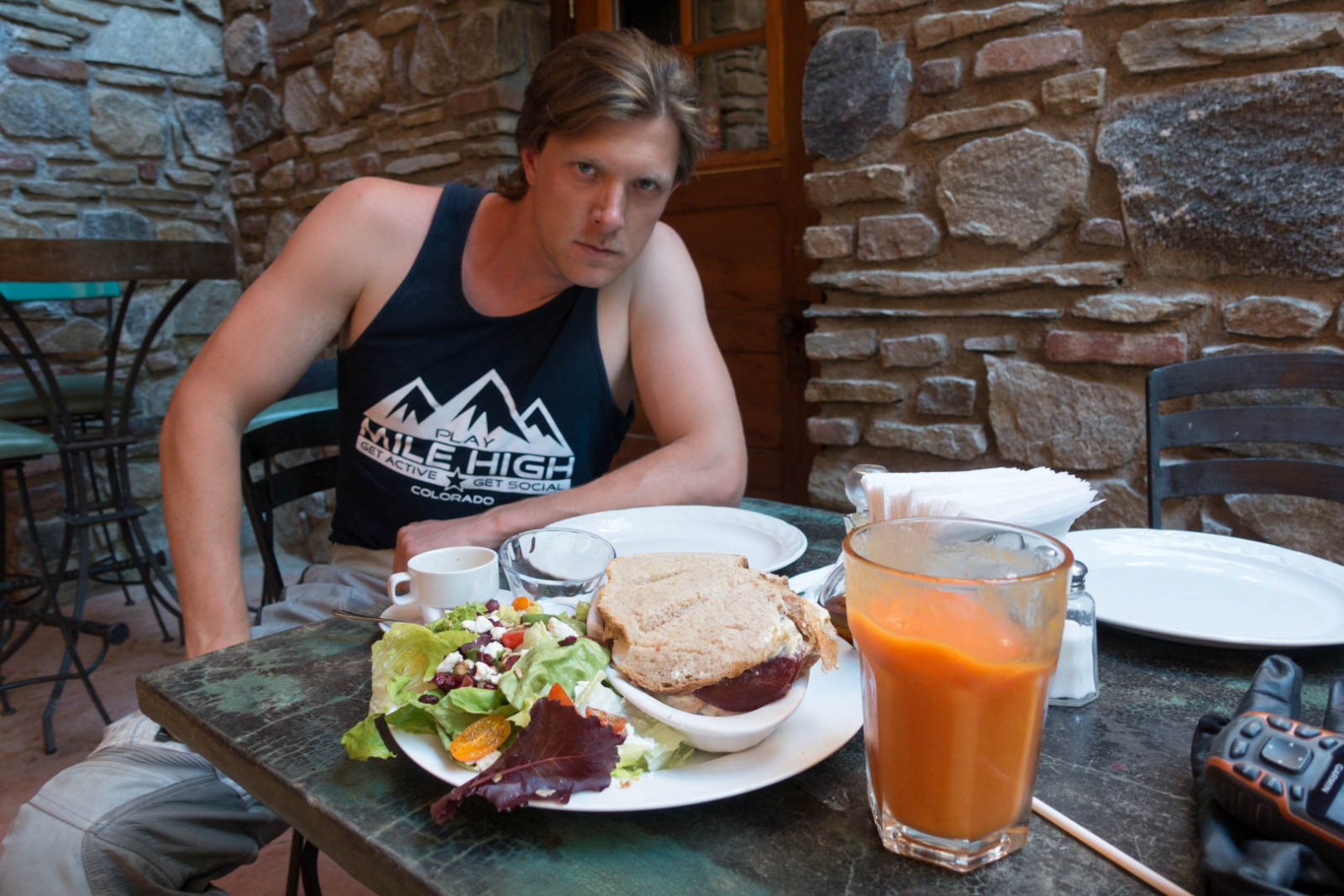 Pulling into Cabo Pulmo after 10 KM of washboard roads, we began searching and asking around about beach camping. We got mixed reviews…” Oh, you can camp anywhere!” wait “No, you can’t camp anywhere here, all the land is owned by the Castro family”.  What the hell?!  We finally bumped into Mr. Castro himself and he told us we could camp anywhere on the peninsula about a 10 minute walk from the small beach town. We drove up to the top of the bay, setup our camp by some abandoned buildings, and called this place home for the next 5 days. It was free of charge, secluded, and one of the most beautiful camping spots any of us had encountered!

A few days into our humble abode, we learned we had a neighbor living in the roof of the abandoned building only 20 yards from our tents. Dasha, the middle-aged Slovakian, was tan and weathered, and apparently had been sailing the Sea of Cortez before fleeing the boat under allegations that the captain smoked too much marijuana…sounds about right for Mexico. She was skittish and afraid of anyone learning of her whereabouts. “Don’t worry Dasha, your secret is safe with us” we’d remind her most mornings while sharing coffee. At the end of the day, we formed a strong bond with the Nomad, she even let us take a picture with her. 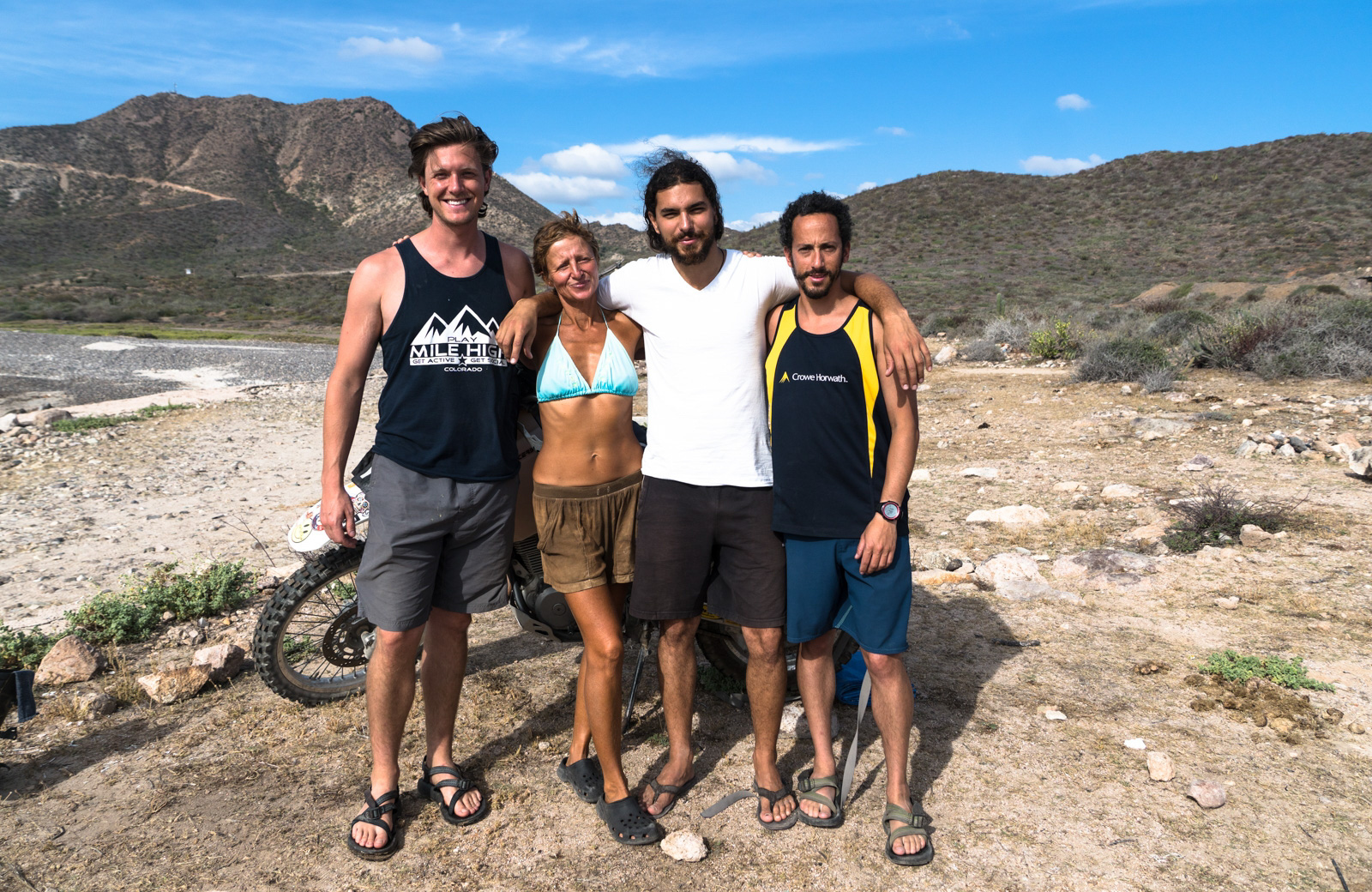 Cabo Pulmo quickly became home as we began to make friends around town and at the Cabo Pulmo Dive Resort, where we’d spend most mornings dodging the intense sun and waiting for our afternoon dives to begin. While Mitch was in school earning his PADI Open Water certificate, Simone and Justin would waste away the day exploring the beaches, chatting with the owner Cole, and watching the election news unfold. It was a place that simply sucked you in making it hard to leave. The town consisted of one main dirt road, a few shops and restaurants, some wild horses/dogs, and a couple dive schools…very simple. 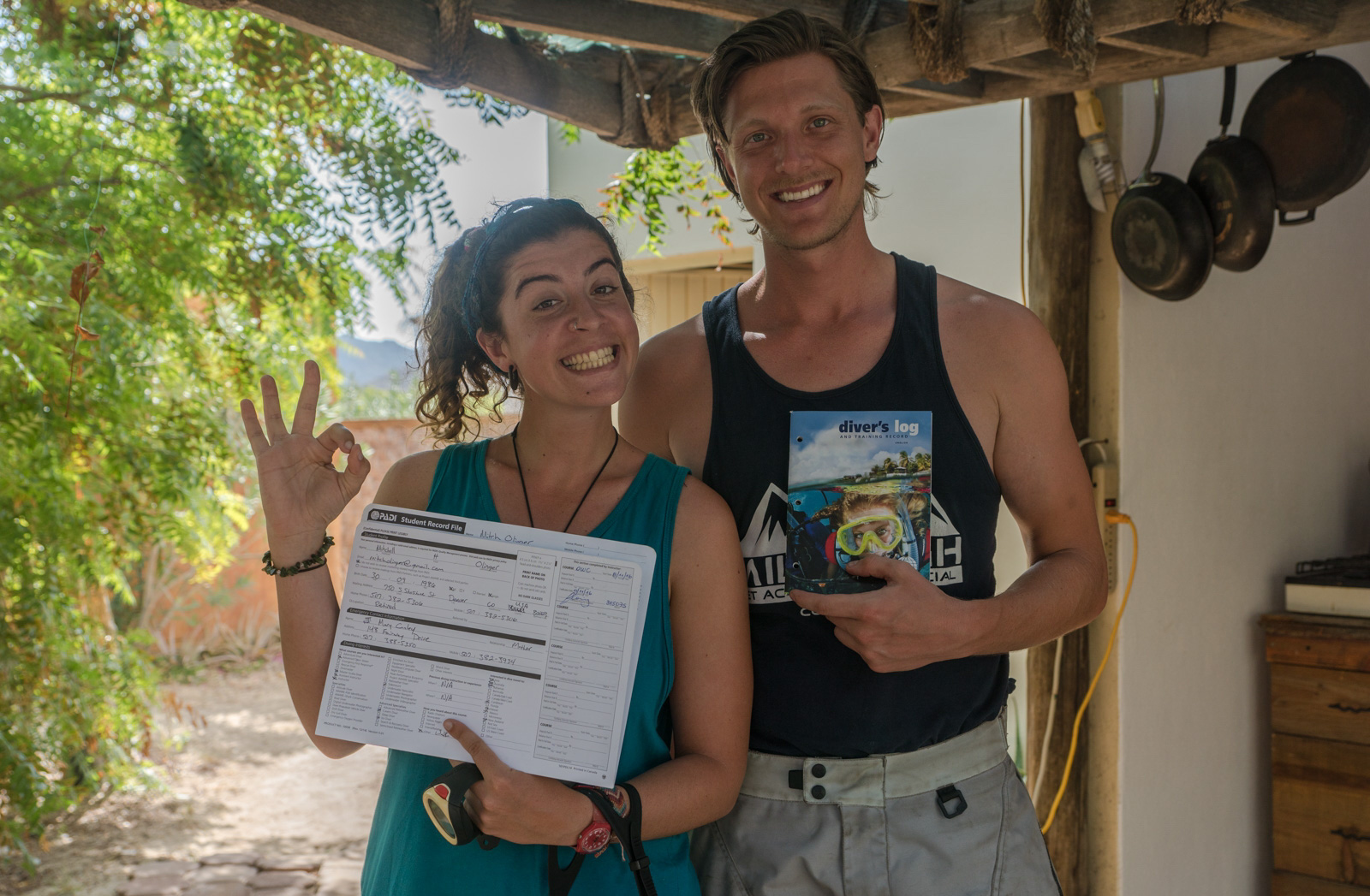 Organizing our dives wasn’t the easiest of tasks because…Mexico. The resources available are very limited and the diving is highly regulated by the Marine Park. The Park regulates the number of people at each dive site and how many boats can be diving at any given time. It is truly remarkable to see how well the Mexican government cares and wants to preserve the Marine Park. Over the course of our stay, we dove La Casita, El Vencedor, El Islote, and El Bajo.  Cabo Pulmo is a different type of diving experience but amazing in its own way. It doesn’t have the rich corals of the South Pacific or Southeast Asia, but damn are there a lot of fish! Throughout our dives we saw large schools of snapper, grouper, and most notably jack, which would school in the thousands creating a vortex or tornado while feeding. The fish weren’t afraid of us humans, and quite frankly gave zero fucks about our presence. Controlling your buoyancy, you could simply float through a school of hundreds of fish. It was amazing to be back diving in a world class spot and for Mitch to get that PADI Cert.

Having spent too much money diving and approaching close to a full month in Baja we decided to abandon our home, leaving it to Dasha. The crew begrudgingly packed up and headed back to La Paz in search of the ever elusive Tiburon Ballena…stay tuned.