For weeks (well months) we’ve heard it time and time again…”How the hell are you Boys still in Mexico?” Friends from the road have blast past us time traveling to Nicaragua or Columbia before we’d even left Mexico and its abundance of tacos and tortas. It was hard to leave but our time had come. We officially left Mexico after 100+ days of epic riding, one burnt clutch, 2 cases of Salmonella, incredible diving, 1 near-death experience, and a life time worth of adventures and new friends. Satisfied, yet sad, we busted south to the Belize border!

We’d heard conflicting reports about how much of a pain in the ass the border crossing was but in reality it was straight forward and simple. We headed directly to the Mexican border in Chetumal, got stamped out of Mexico, cancelled our Mexican vehicle import papers, and headed down the road into Belize! The first stop was tire fumigation, which we accidentally drove through setting off the sensor giving Justin a nice shower of pesticides. Next up was getting stamped into Belize and our bikes imported before heading to the insurance office to get the mandatory vehicle insurance. Entering Belize, we received a level of efficiency we had long forgotten existed while in Mexico, our trusty Rastafarian insurance agent had us stamped and ready to hit the streets in minutes!

Leaving the office we headed directly for Belize City to store our bikes at Edgar’s Mini storage. We had gained an hour crossing the border and had almost double the time needed to drop the bikes off and make the last water taxi, where we’d meet our friends from Colorado, Tyler and Tina. What could go wrong (why the hell do we keep asking ourselves this question)?! About 45 minutes into Belize Justin stopped to check the maps, and saw Gabe quickly hop off his bike inspecting his rear tire. FUCK! Sure enough Belize had welcomed the Team with a 3 inch slightly rusted and jagged nail. 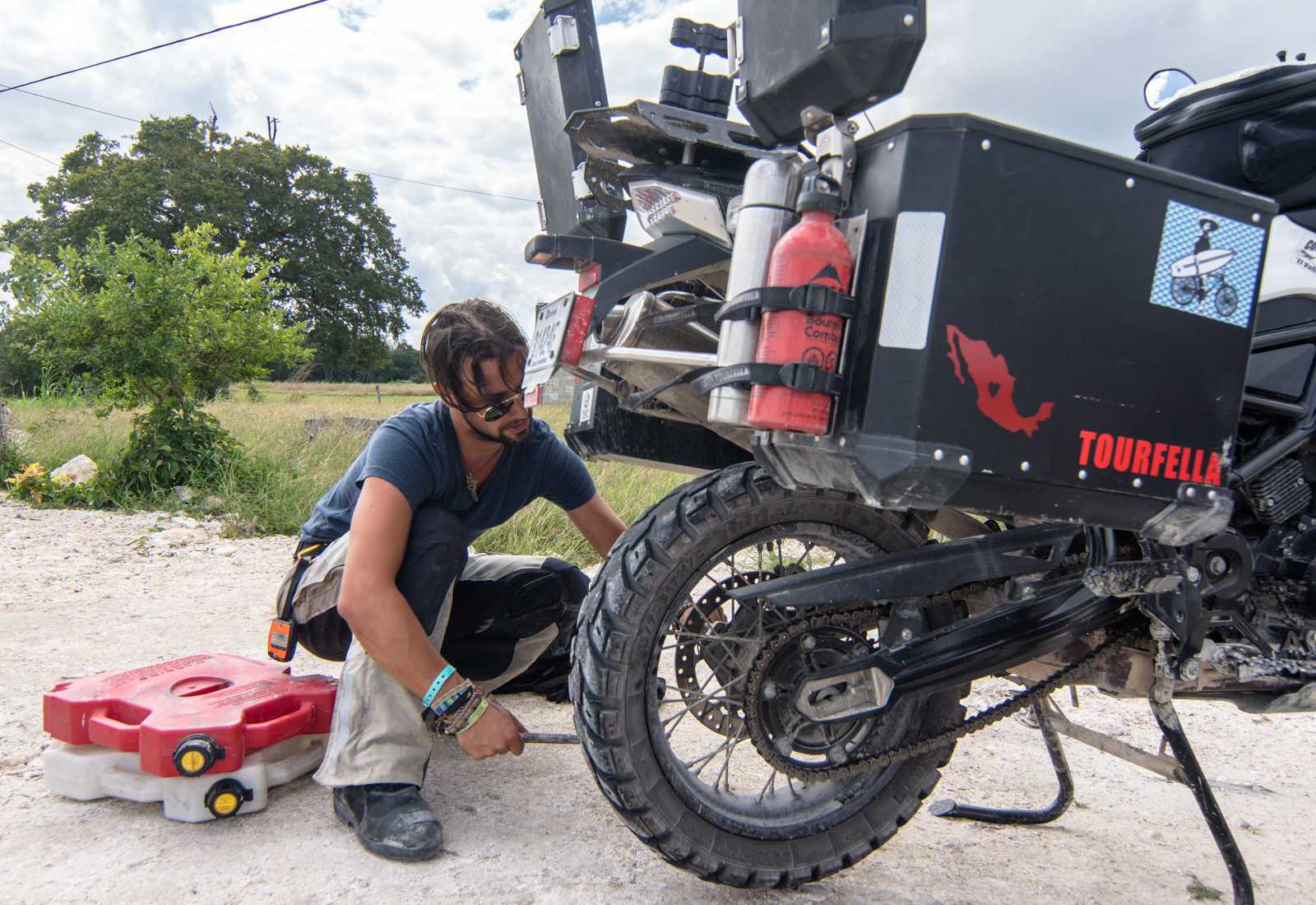 With the tire off and the rim on the ground it was now time for the hard part…getting it back on! You’d think 3 macho, motorcycle overland adventurers could easily change a tire…or at least have the gusto to fumble through it. Fighting, kicking, and cursing to get the final 6 inches of the tire on two Canadian’s pulled up to lend a hand. Now there were 5 idiotic Gringos on the side of the road sweating their assess off failing to change a tire. Luckily for us, two Belizeans pulled over (beers in hand, of course – nothing had really changed from Mexico) and comically told us there was a tire shop about 2 KM down the road. Gabe frantically hoped in their truck and sped off into the sugar cane fields. Moral of the story…look for the nearest llantera (tire shop) before trying to be hero’s.

At this point Justin and Mitch began to get a bit nervous. It was almost 4 PM and we were at least an hour from the storage unit. To make matters worse the last ferry left at 5:30 PM! We normally would never leave anyone behind, but given the circumstances we left Gabe in the hands of his fellow Canadians and ripped out of there…immediately feeling guilty. 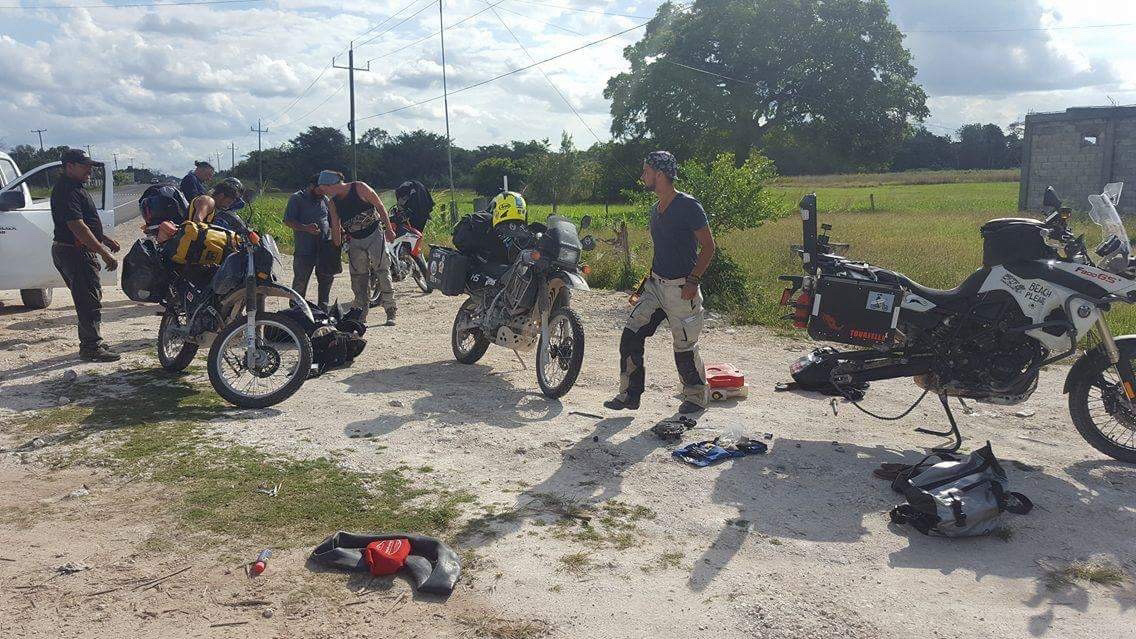 Arriving in Belize City, we hastily found a phone to borrow to call Dave Edgar who came flying around the corner, scooping us up. “Follow me boys! And get your shit together!!!” Dave Edgar was a slightly deaf, crusty old Vietnam Veteran who has lived in Belize for 18 years.  We parked our trusty steads in the unit and hurriedly packed while he continued to shout at us and remind us of our looming ferry departure. We known Dave, we know…chill the F out!

We were ready to leave as quickly as we had arrived, but before we could make it out of the driveway Dave Edgar’s phone rang. We could hear Gabe’s voice, “Don’t leave. I’ll be there in 3 minutes!”. That SON-OF-A-BITCH gave White Lightning all she had and somehow caught up to us! Although he didn’t mean to be, Dave was quite hilarious. Minutes after entering his vehicle his “girlfriend” called…”Janelle, get your clothes on if you want to ride with us to the docks!” She must not have wanted to come because he quickly ended the conversation and we never got to meet the mysterious Janelle :(. He also ordered us around like we were soldiers in his platoon “Boys, you better get your shit together if you ever want to make this water taxi!” With a full truck, off we raced through Belize City to the water taxi arriving with 5 minutes to spare!

We arrived in Caye Caulker shortly after dark to find Tyler and Tina already settled into the hotel room, waiting for us with cold beers and rum. What a day! 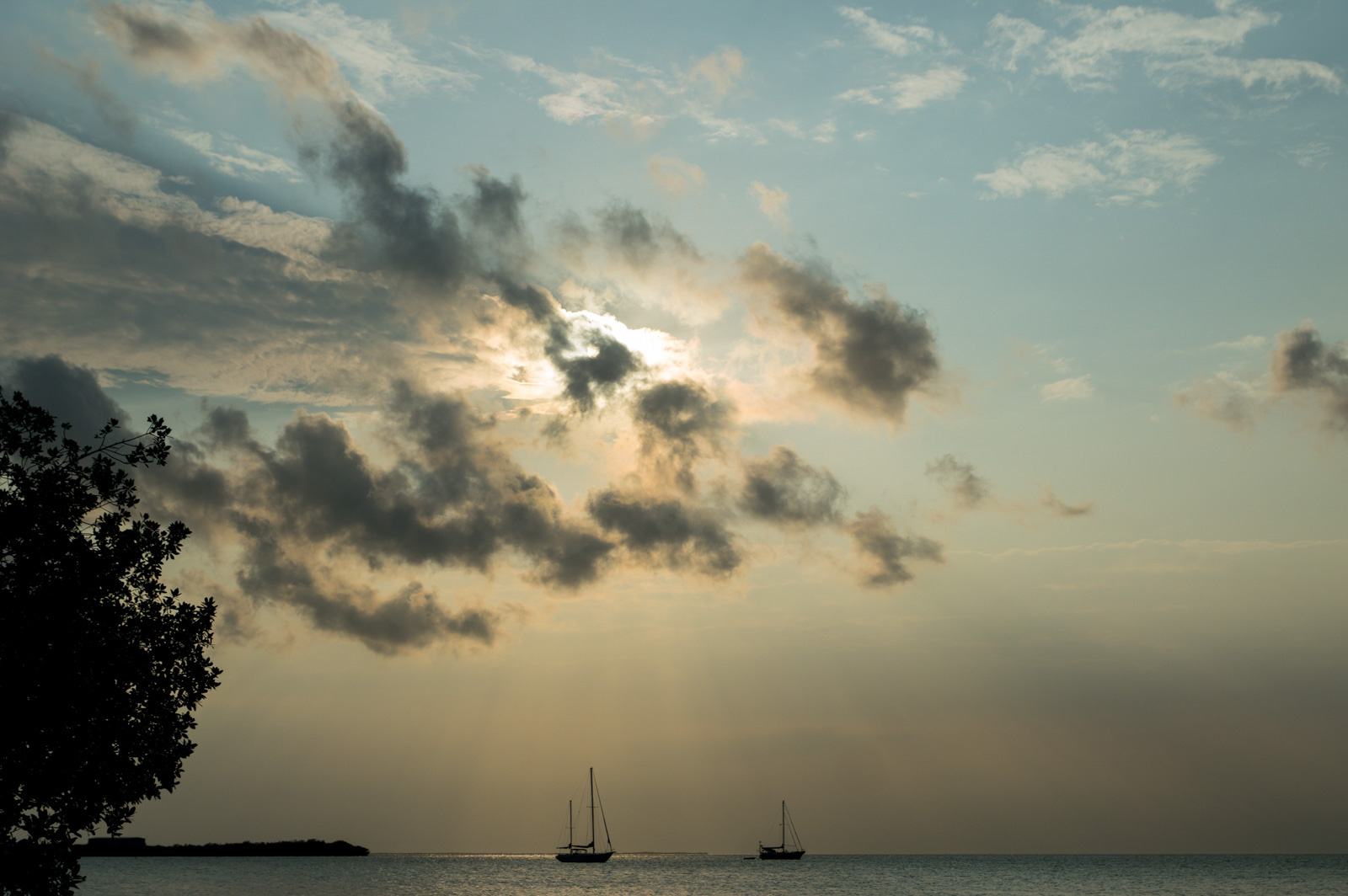 With our arrival debacle behind us it was time to take a vacation from the road without the bikes and enjoy the outer islands of Belize. We decided to split our stay between Caye Caulker and Ambergris Caye. They both have their own distinct vibe and feel. Caye Caulker is car-less and carefree with heaps of backpackers and is quite lowkey. Ambergris Caye is more developed and caters to the higher end crowd. At the same time it came without the hassle and bullshit of people constantly trying to sell you dumb trinkets and drugs, which was a constant theme when walking the streets of Caye Caulker.

We did exactly what one would expect while spending the week lounging in the Caribbean. We spent our days relaxing on the beach, diving, sipping rum punch, snorkeling, and swimming. Mitch was lucky enough to have family friends that lived in Ambergris Caye and conveniently had a boat. They took the group of us out, armed us with snorkel gear and spear guns, and sent us searching for lobsters and fish. It was an incredible day out on the water despite coming up empty handed. At least Lee had packed a whole cooler of snapper he caught a few days earlier, which we fried up for lunch. 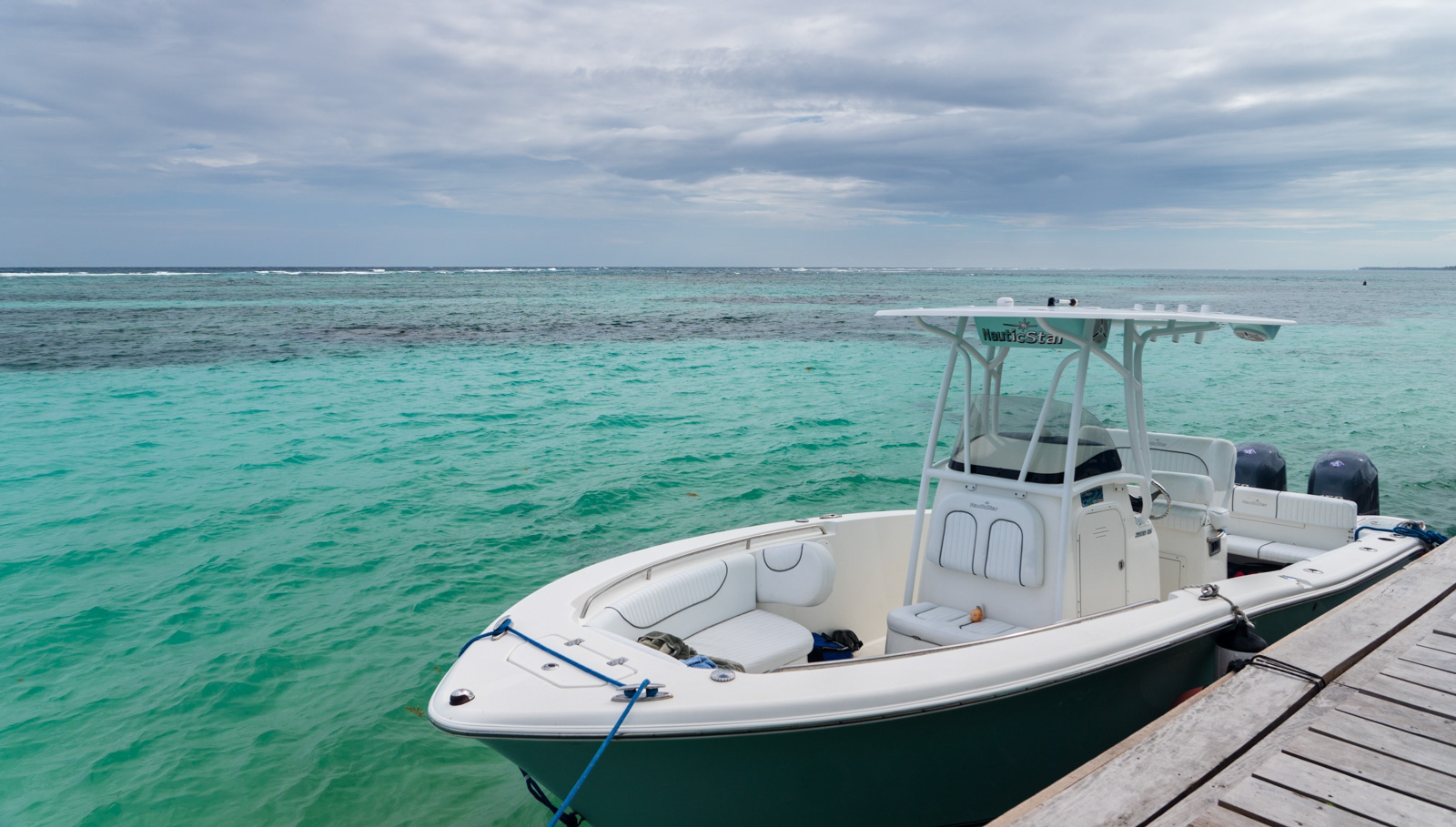 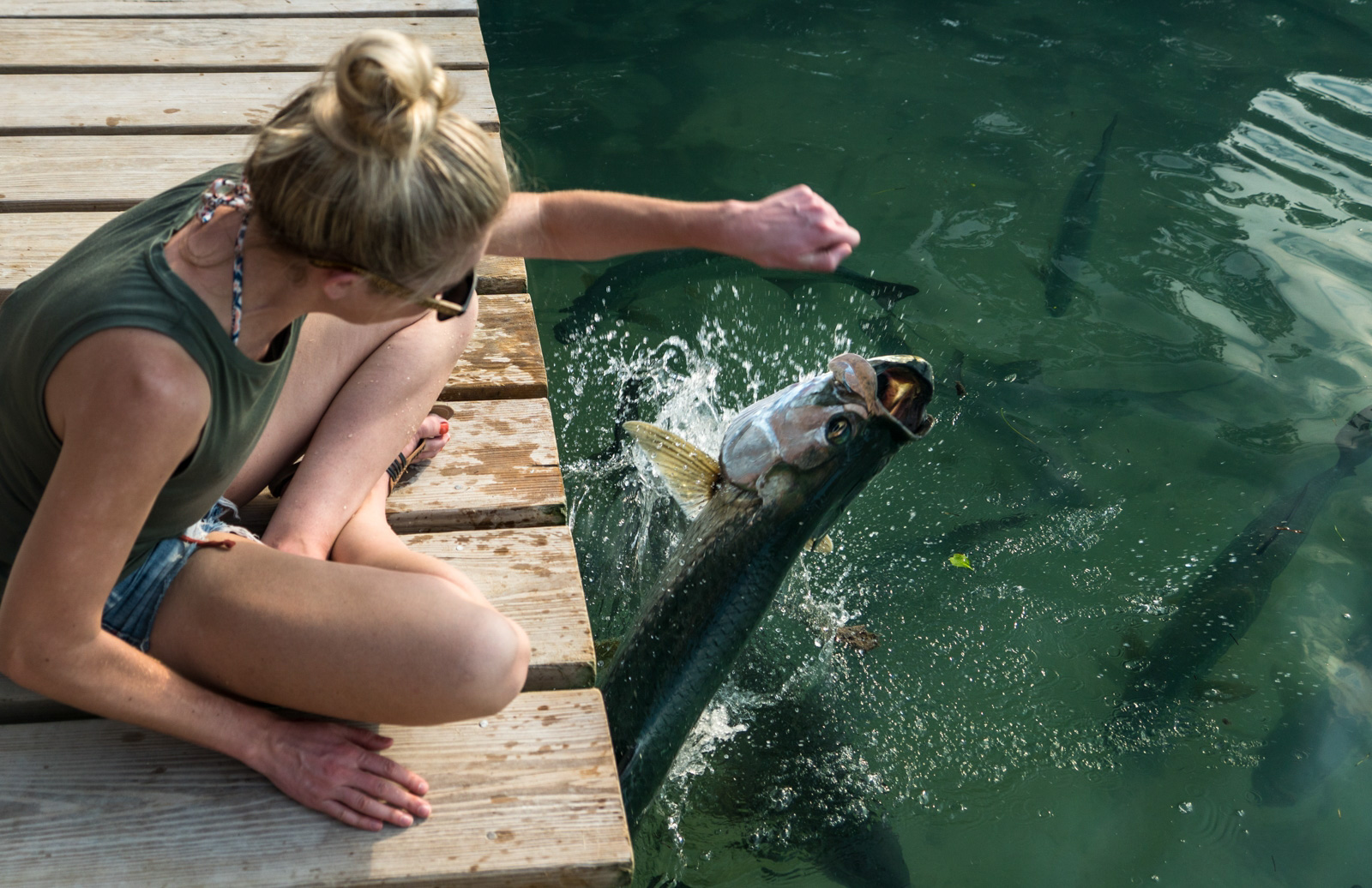 Tyler had gotten dive certified prior to flying down to meet us and was stoked to get in the water, so we signed up for three dives on the inner atolls. They were incredible! The level of marine life was not what we had seen in Cabo Pulmo, but the underwater ecosystem of coral was incredible. The reef was massive with huge underwater canyons, tunnels, and slots to swim through ranging from 50 ft down to 90 ft. Best of all Justin’s ear decided to function properly! The coolest thing about the dives were the abundance of nurse sharks.  At one point the guide speared a lion fish and fed it to the sharks just a meter or 2 from us…it was fricken sweet!

On our last night on the islands we headed into town to partake in the “World Famous” Chicken drop…not sure who came up with this name but it was pretty cool nonetheless. A hundred plus people drinking and betting on which number in the ring the chicken would shit on. It was heated and rowdy! We absolutely lost it when the chicken deuced on Tina’s number! Not only did she get to blow on a chicken’s butt for good luck but she had also won $50 USD…guess who got free margaritas?! THANKS TINA! 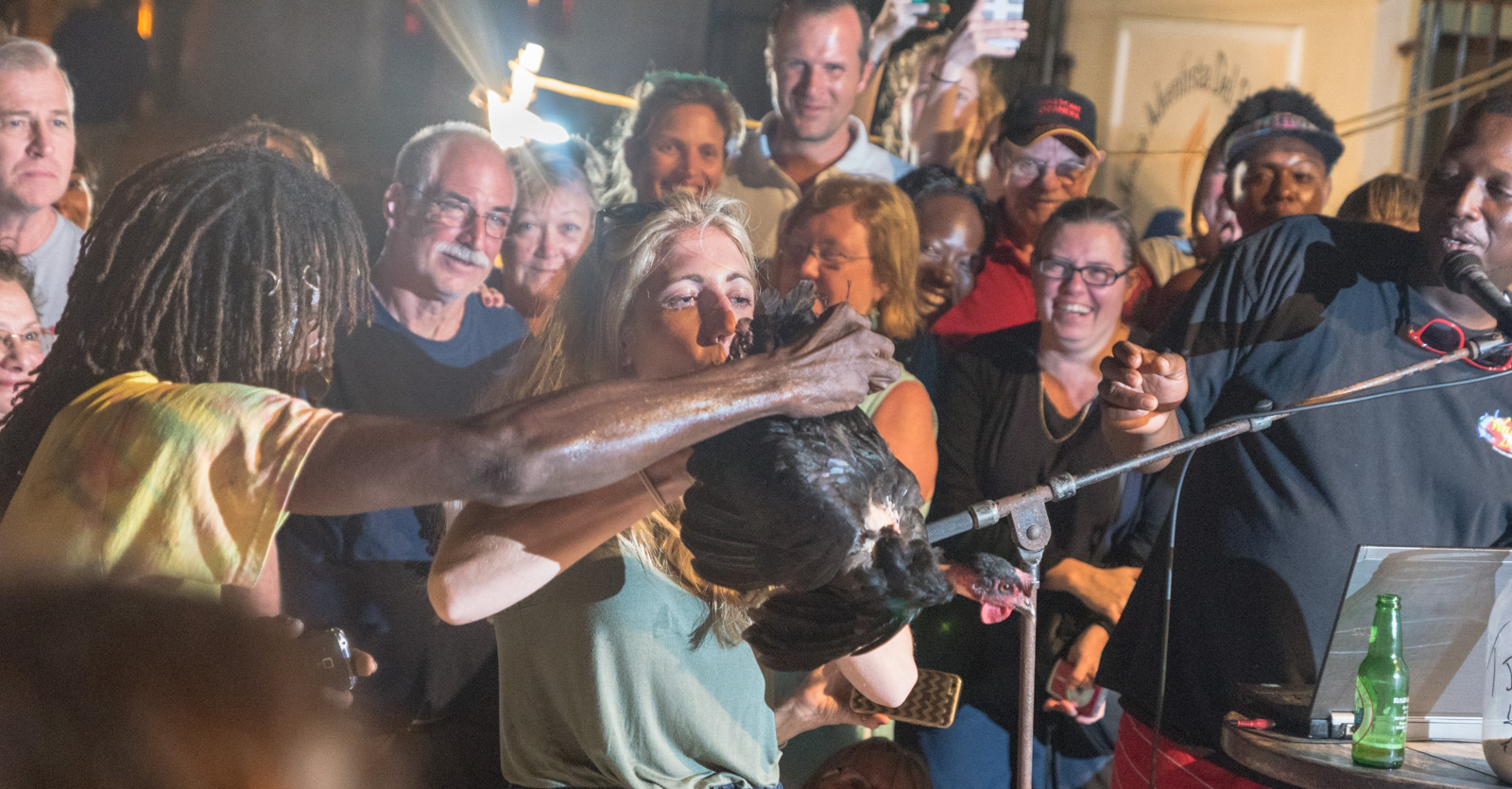 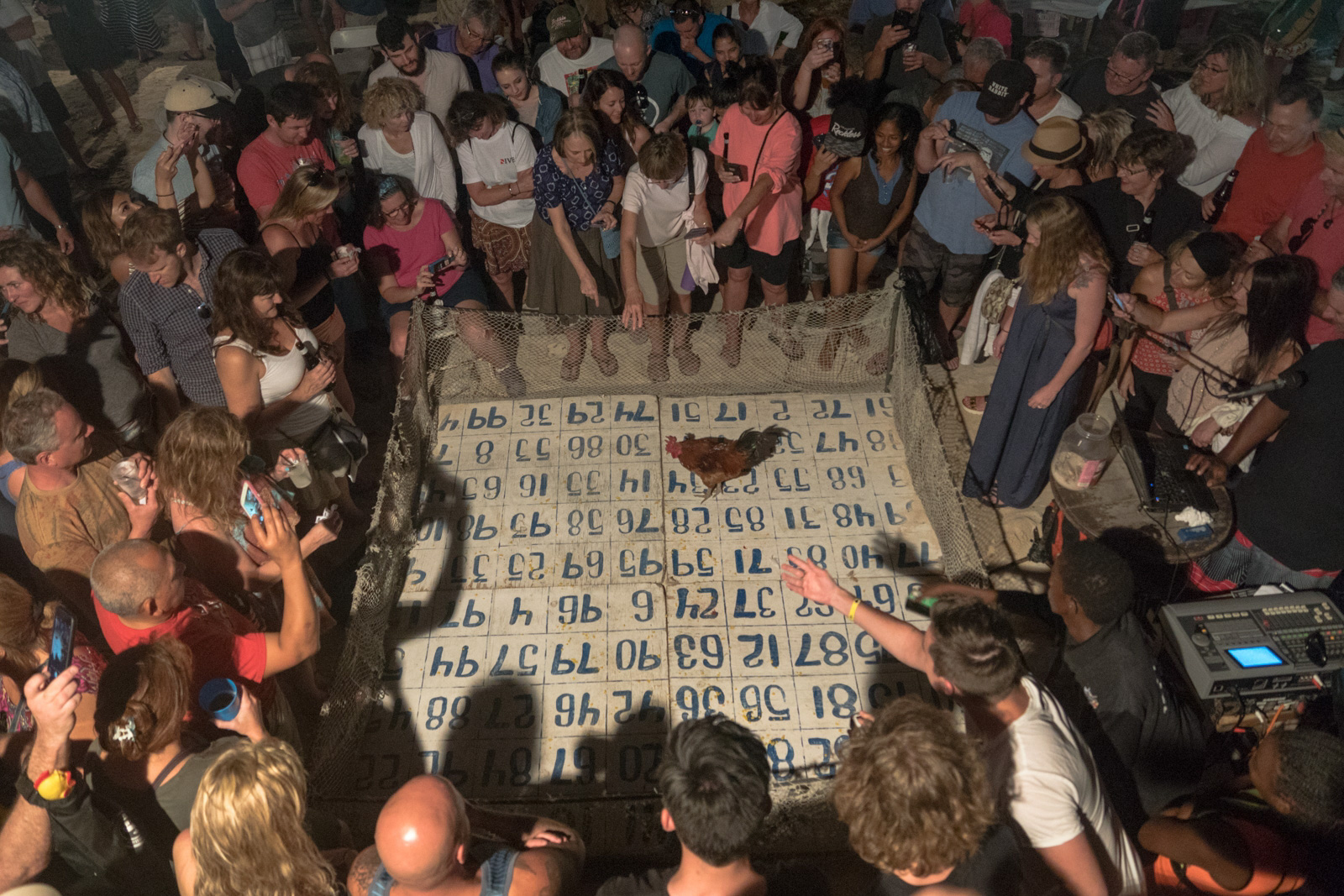 Glowing with victory it was time for us to leave the outer islands and head to the jungle of San Ignacio, where we had a big house rented. The Germans along with Autumn and Gabe joined us. Unfortunately, it rained like GATOS Y PERROS the entire time we were there but we made the best of it. The roads into the house at one point got so slick Justin’s bike began sliding backwards down the hill while parked still. Our main reason for heading to San Ignacio was to visit the Actun Tunichil Muknal caves, which was an incredible experience. Set deep in the jungle the caves were the link to the Mayan underworld. We hiked through the jungle for 45 minutes swimming across three rivers to reach the entrance. Armed with helmets and flashlights we jumped into the water and began swimming into the cave. We spent the next 3 hours swimming, hiking, and snaking our way through the cave’s narrow cracks and crevasses before reaching the main chamber where there were Mayan skeletal remains, ceramics, and stoneware. Unfortunately, we weren’t able to bring in cameras (Mitch tried to sneak in his GoPro but was quickly scolded) because some dipshit had dropped his camera on one of the skulls ruining  it for everybody! In one area of the cave we saw pottery and even a fully intact skeletal systems.  It was believed that this area was used to for human sacrifice….crazy shit right?  If you want more info (and/or some cool photos) Nat Geo made a pretty cool documentary on the caves. All in all, it was an incredible and historical experience. 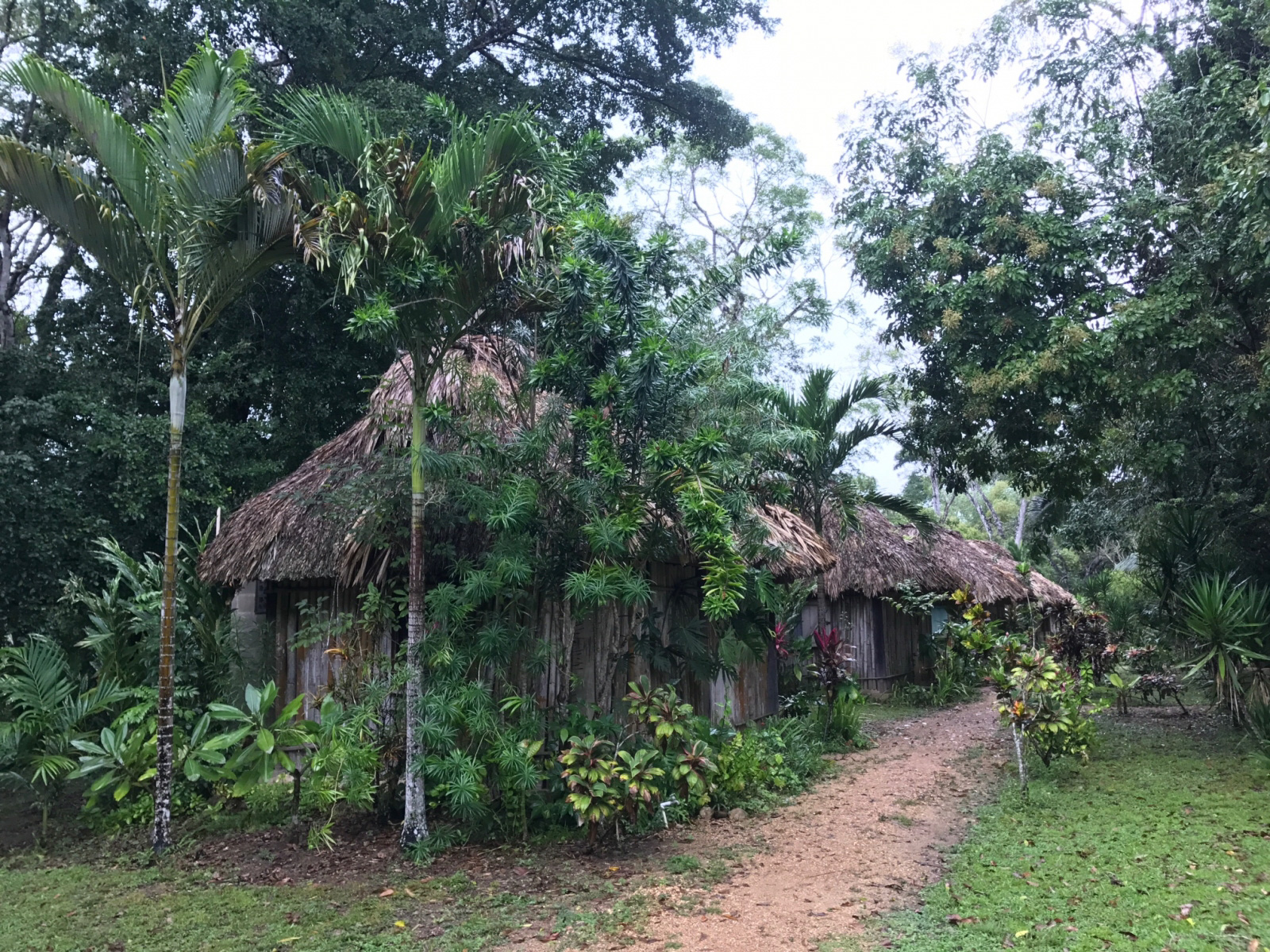 We had packed a lot of Belize into a 10 day visit. We sadly sent Tyler and Tina off to the airport and eagerly awaited a break in the rain. Guatemala here we come!