This isn’t our first journey through The Baja, however, we knew there were many adventures a head of us. No great overland motorcycle trip can be complete without a jaunt down the legendary Baja peninsula. The tacos, the untouched beaches, and the locals have a contagious power over you that is hard to describe. However, before we could make it to Baja we first had to make it out of Arizona and diagnose Mitch’s overheating bike.

We stumbled into Phoenix under the cover of darkness with El Tractor kicking, screaming, and calling Mitch all the bad names. After safely pulling into our friend’s place, Biegs, we had a couple drinks and prepared for the next day’s adventure.

Underneath the broiling Arizona sun, we first checked the radiator fan, which appeared to be mechanically fine. However, it wasn’t firing up when the bike was warmed up. This is a problem! Mitch, having dealt with similar issues with El Tractor before, had a pretty good idea as to what the issue was. Removing all side panels and the gas tank, Mitch inspected the fuse that sits directly behind the radiator. Eureka! The tiniest of hairline cracks. With a new fuse installed the bike was reassembled and topped off with some refreshing coolant. Crisis diverted!! 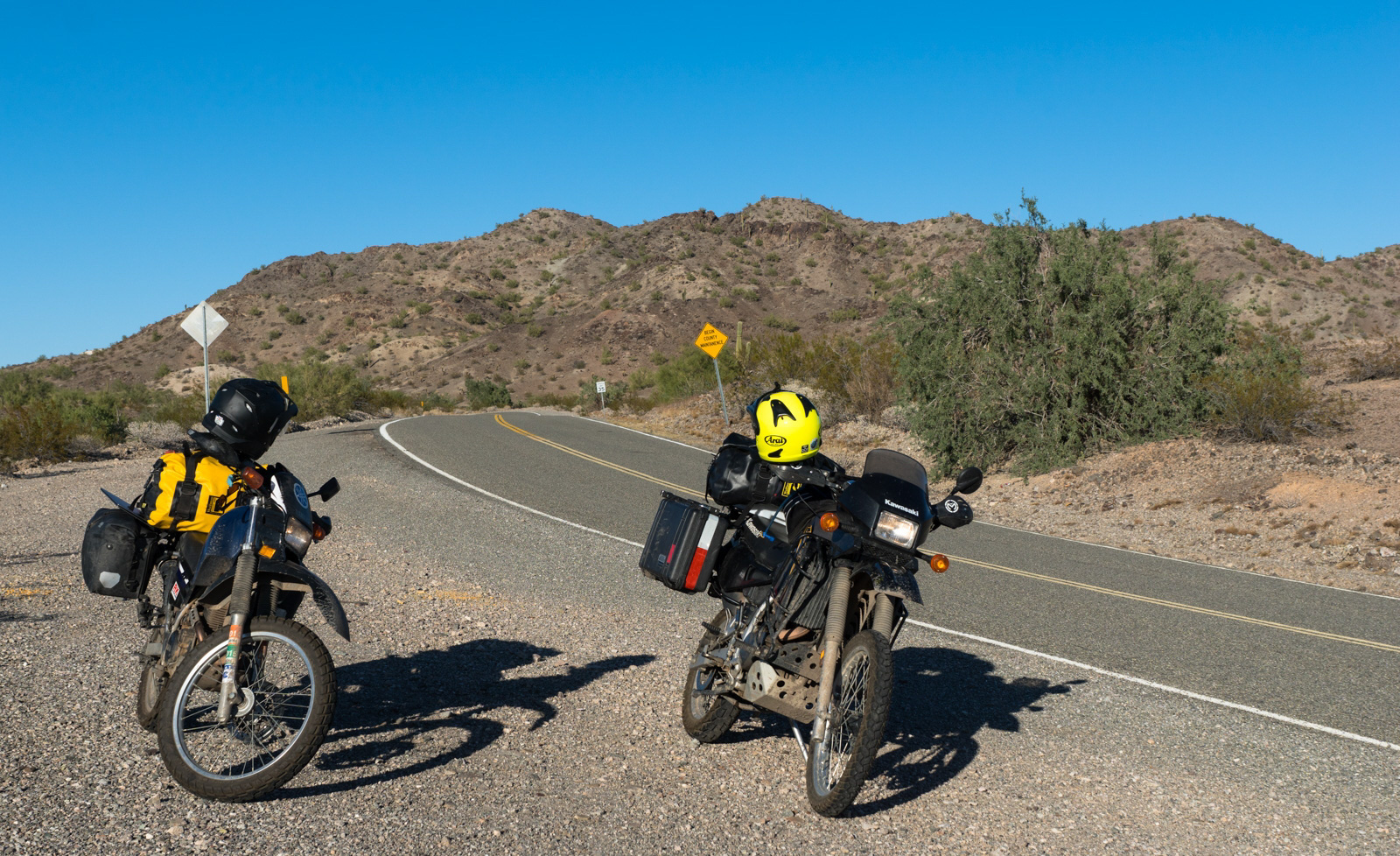 From Phoenix, we headed towards Yuma. The drive made us feel like we were already in Baja. It was desolate, rocky, dry, and barren. It was a long day and rather uneventful, minus one slight hiccup. After getting gas, Mitch’s bike started, but for some reason when he tried to kick it into first gear it would shut down…No Bueno! After some F bombs and indecision, Mitch popped off the plastic casing for the kickstand switch and determined that the lever was not fully releasing when the kickstand went up…problem solved! This would be the first time, but surely not the last we’d be kicking ourselves for ditching the can of WD-40 that half exploded in Mitch’s pannier. After some manual lube the Boys were back on the road.

After a good night’s rest in Yuma we were off to Mexico, AY YI YI! We were familiar with the Mexicali crossing and where to get our FMM or tourist card (Note: if you are planning to take a vehicle to mainland Mexico DO NOT FORGET this step-more details to come). Mitch, leading the charge, was quickly stopped by an armed guard, “tienes armas?” Shaking our heads no, the agent did a quick poke around the gear, and we were sent on our marry way…promptly to get lost. We had been searching for the toll road, HWY 2, across the top of Baja and somehow ended up in a neighborhood that if approached at night would scare the most hardened of criminals. Stopping quickly, we both gave the “we need to get the F outta here!” look.

We opened the GPS and quickly exited the border town. The ride out of Mexicali towards Ensenada to visit our friends Margo and Tony was incredible! Climbing up over the mountains from sea level to 4,200 feet we encountered a series of tight twists and turns, putting the Bikes to the test! Finally, we dropped down into Ruta del Vino, which, if you haven’t guessed by the name was littered with vineyards. Making a quick stop to buy Margo a bottle of wine, we were on our way to the Pacific coast town of Ensenada! 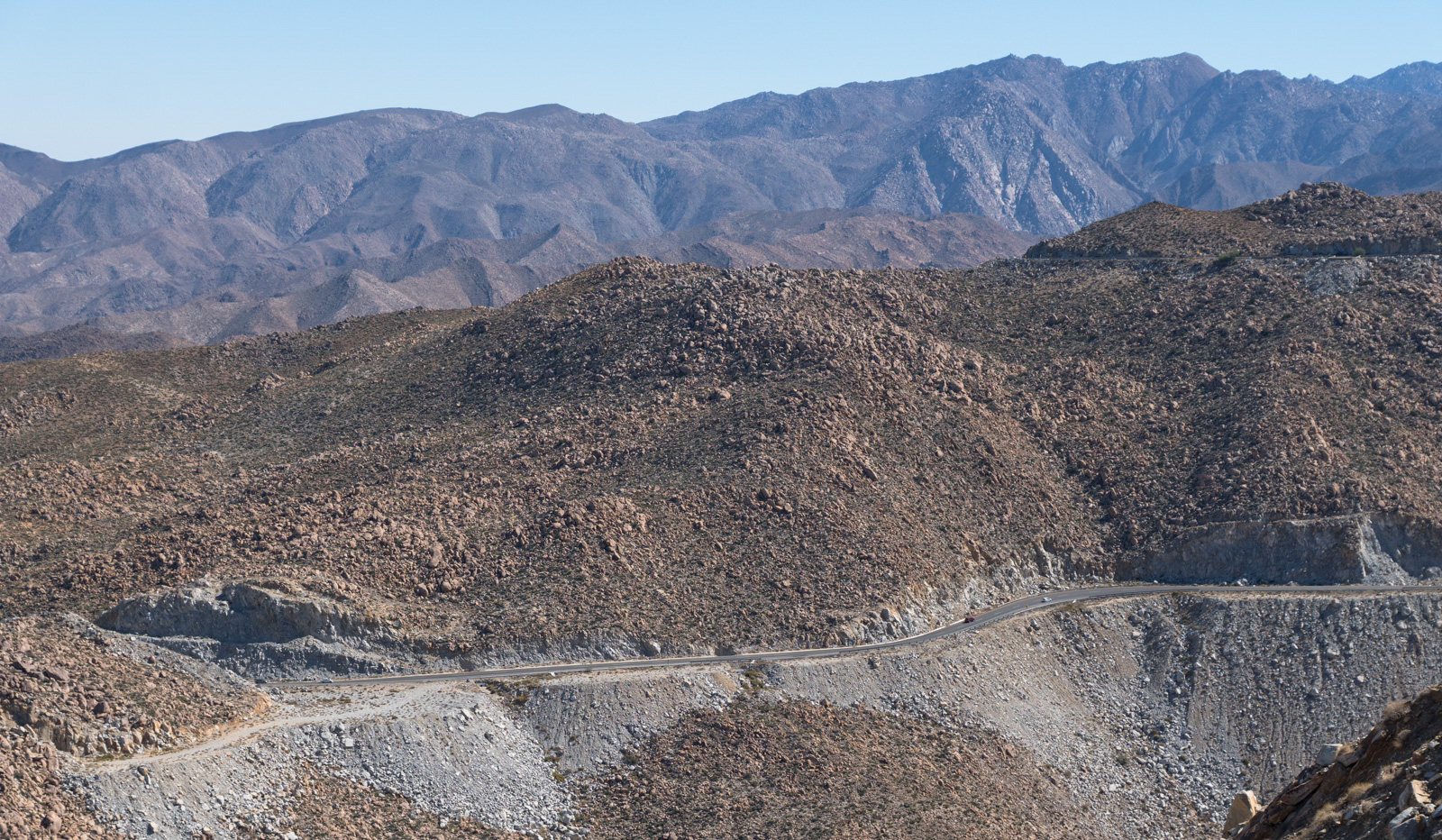 Coming over the final crest of the mountains the landscape changed and the air cooled, below us, we could see Ensenada and the Pacific Ocean! The cool breeze was a welcomed change as we had spent the last couple days in a dry, hot desert. After meeting up with our good friends Margo and Tony for some pizza, we headed back to their sailboat, the Nelly Gray, for some vino and story time. The Fellas spent 3 days in Ensenada soaking up the local culture. Some of the major highlights included, “Gringo Gulch”, the anime/karaoke festival, meeting the locals, and spending time with Margo and Tony. 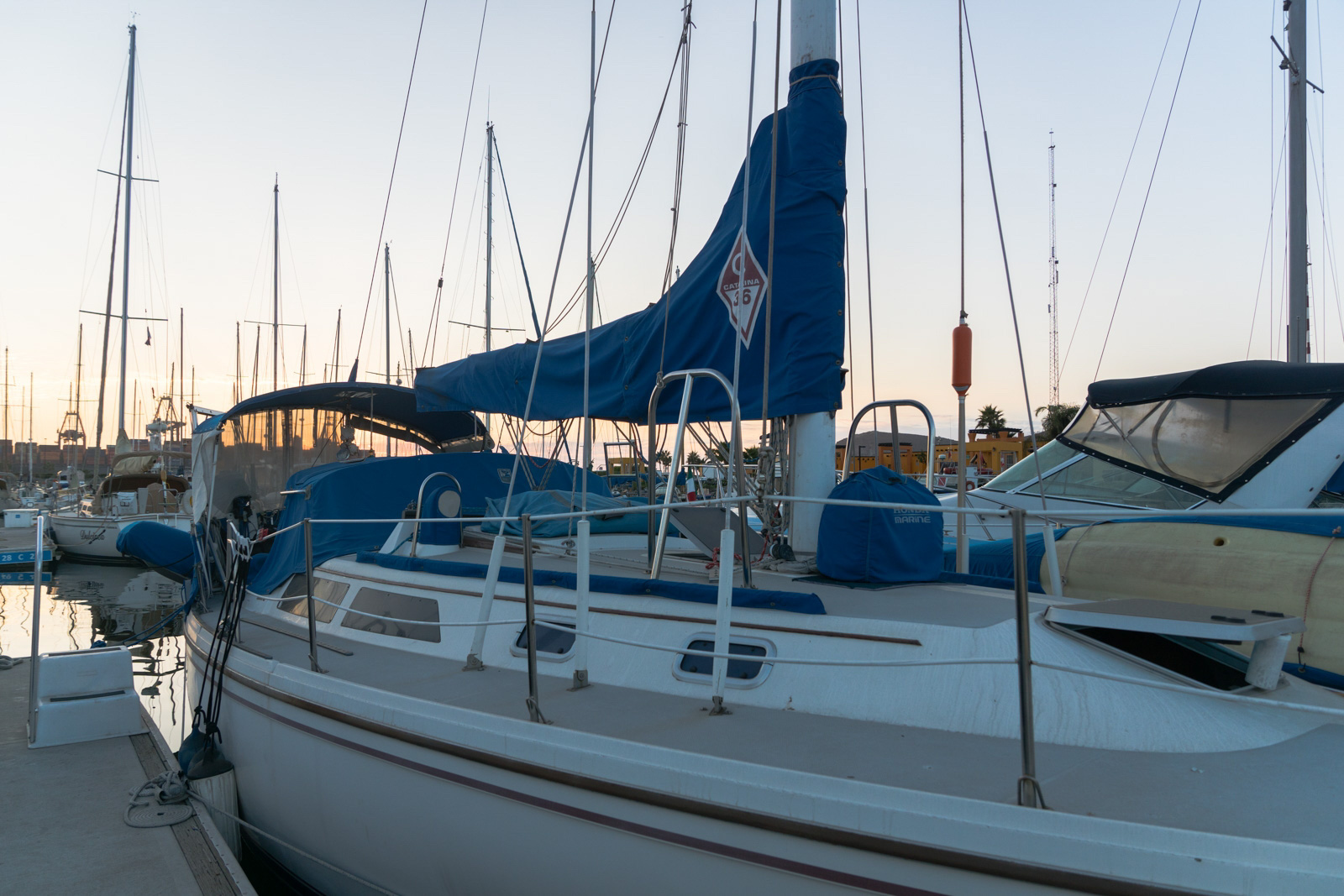 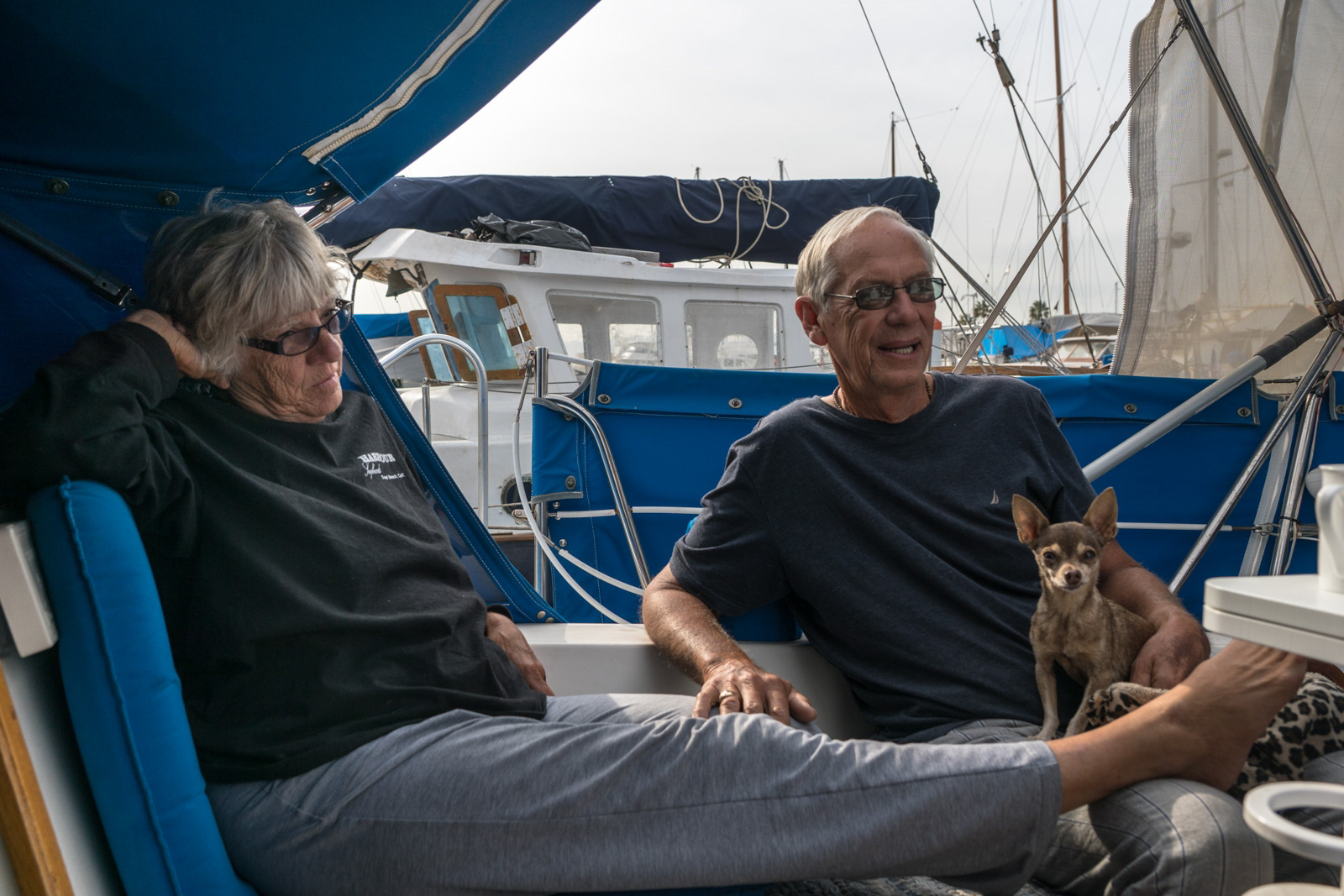 Ensenada, being a major port, takes on thousands of tourists on a weekly basis. Therefore, there is a single street, approximately 4 blocks long, that has ALLLL the typical tourist amenities; t-shirts, Viagra, tequila, and cervezas A.K.A”Gringo Gulch”. The Fellas strolled down the “Gulch” their first day in town and were inundated with a different solicitation every 3 feet! This quickly got old and the Fellas tucked into a bar to grab a beer and enjoy the barracho tourists…can you say Spring Break 2016?!? Again, not impressed, we headed out to try and gain a local’s perspective of the city. Thankfully, we found a nice area “La Villa” 3-4 blocks from the Gulch to practice our Spanish and enjoy some ceviche.

Our next Ensenada adventure involved an anime/karaoke festival and to be completely honest, neither of us knew exactly what was going on since nobody spoke English! All we knew was that we were surrounded by local teenagers, Pokémon, food vendors, a crazy karaoke show, and that Mitch was the tallest, whitest, person in sight! It was all very entertaining! It was also here that we got one of our first tastes of the local cuisine. The Fellas purchased a couple tamales from a local vendor for 20 pesos’ total (about a $1), which also gave them a feel for the local spiciness, Muy Picante! We prayed this didn’t hurt as much coming out as it did going in!! It was a risk worth taking.

Continuing our trek south through The Baja, we headed towards La Bufadora. Similar to Ensenada there was a “Gringo Gulch” but (thankfully) most of it was closed because there was no cruise in town. We strolled down to the end and witnessed the “blow hole”…pretty cool! The highlight, however, came on our way out when we purchased chocolate clams (almeja de chocolate) that were boiled and stuffed with cheese, butter and shrimp – muy bueno! Leaving La Bufadora, we descended into Santo Tomas wine country it was stunning! We knew Mexican’s loved their Tecate but all this vino was a surprise to both of us! We finally wound up at a campground outside San Quintin, Don Eddy’s.

After talking to some of the locals and doing our own research, we decided to make the trek up to San Pedro Martir National Park. The park sits around 8,500 ft. above sea level so we had a long uphill (60 miles) battle a head of us. Twisting, curving, u-turning, and standing on your head (kidding) were all necessary skills needed to summit the beast! We entered the park at 2:30PM for the low low price of 62 pesos each. We picked out a campsite a couple of kilometers in. The area was beautiful! It felt like we were back home camping in the Rockies with all the big pines surrounding us. The only thing missing was people, do they even know the park exists? It can’t be the price, huh, maybe it’s the road? This is definitely one of life’s greatest mysteries! We couldn’t for the life of us figure out why no one seemed to visit the park. It was incredible, the stars were unreal, and it was meticulously maintained. As darkness approached we built a fire and prepped our dinner of alfredo y verduras. By 8:30 PM, we had retreated to our tents. It was just darn right chilly. Had we gone soft from being south of the border for a few weeks? How would we cope when we make it to Patagonia? It had to be one of the coldest nights camping either one of us had ever had. 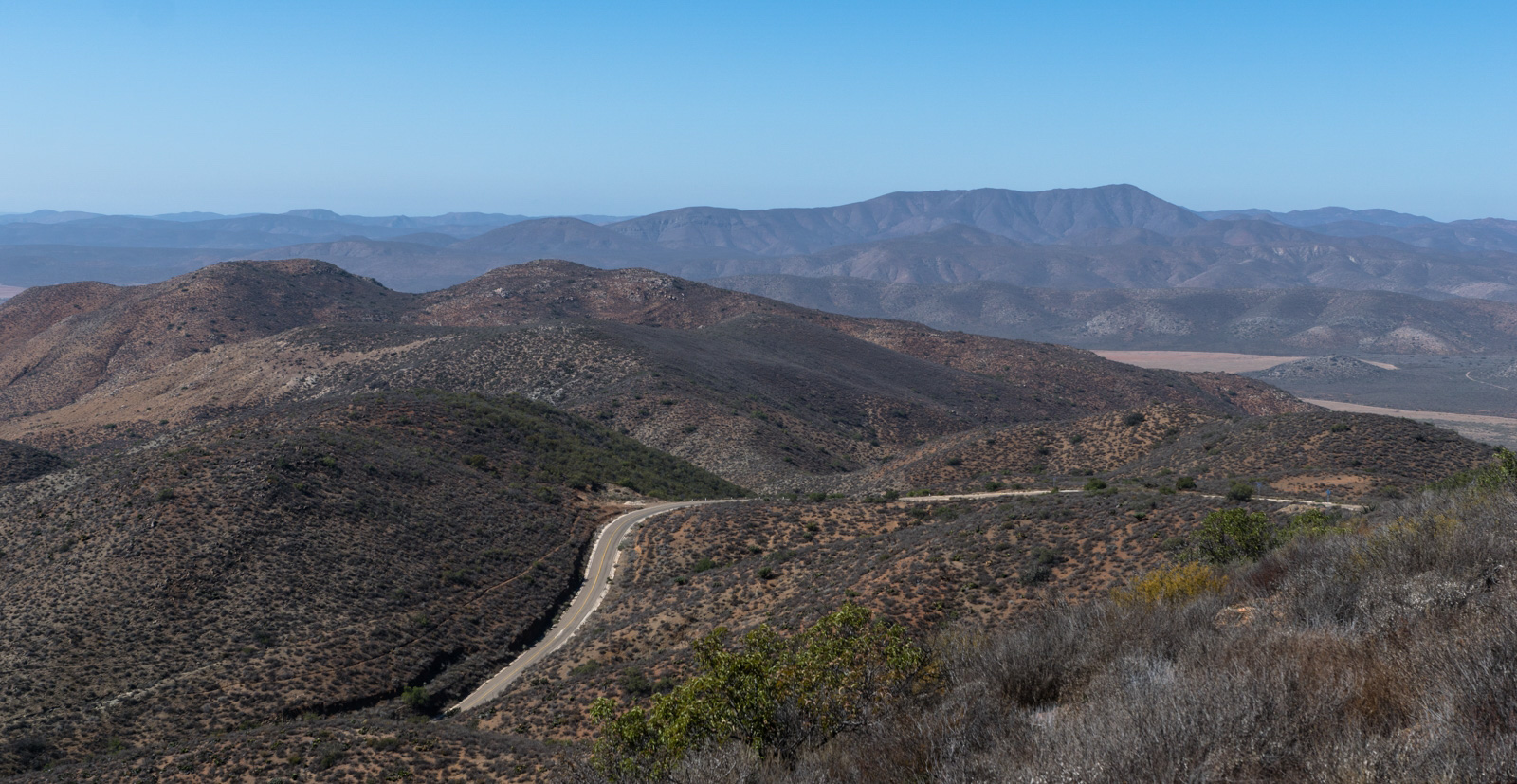 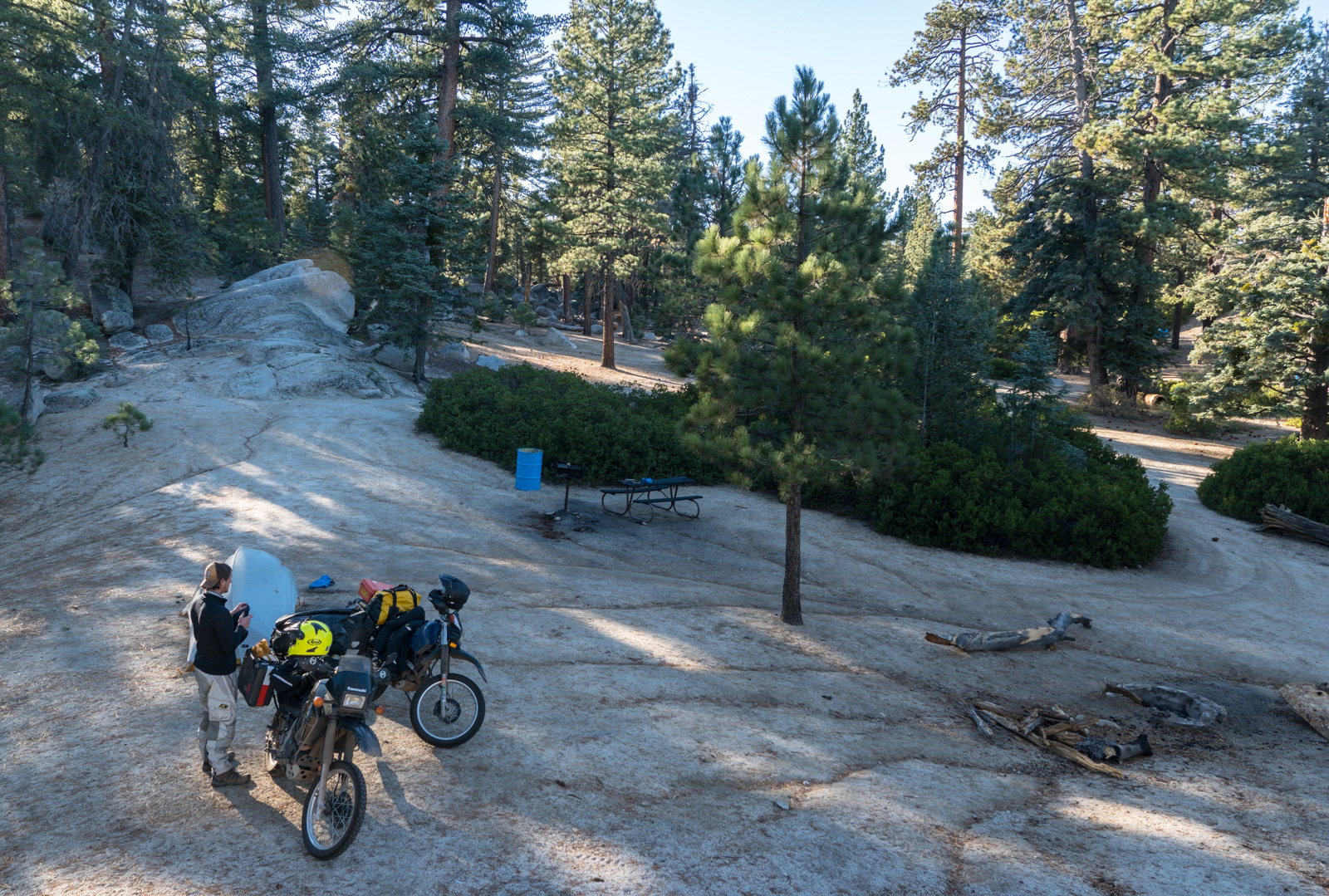